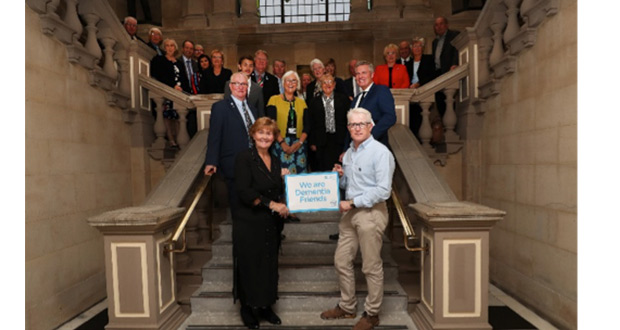 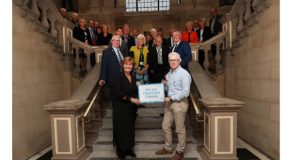 South Tyneside Council is leading the way in developing a new approach to helping people with dementia.

48 of 54 elected members have been trained as Dementia Friends, with the expectation that 100 per cent of councillors will soon be putting into practice their new knowledge and skills.

Adult social care workers have already become Dementia Friends and there are plans to extend the training to other front-line teams including housing staff and parking attendants.

Dementia Friends is a national initiative run by the Alzheimer’s Society. It aims to increase awareness of dementia and change the way the nation thinks, talks and acts about dementia.

As a result of the information sessions, councillors and relevant staff in South Tyneside now have the understanding to be able to take appropriate action to improve the lives of people with dementia.

By becoming Dementia Friends, the Council is a step nearer achieving dementia-friendly status which aims to help people living with dementia, and their carers, remain part of their community for longer and live better lives.

Councillor Tracey Dixon, Lead Member for Independence and Wellbeing, said: “This training has been incredibly helpful in allowing us to see life from the perspective of someone living with dementia. We seek to ensure that 100 per cent of elected members undergo this training, meaning it will form part of the induction for newly-elected councillors.

“As most other places, South Tyneside has an ageing population. We all know friends or family members affected by dementia but too often they experience loneliness and social exclusion.

“However, if we all work together we can make sure that people living with dementia are understood, included and feel a part of their communities.”

Alzheimer’s Society recently announced that 2.5 million people across the UK have signed up to become Dementia Friends, including more than 3,500 in South Tyneside.

Joe Kirwin, Dementia Friends Regional Officer, said: “South Tyneside Council is to be commended for trailblazing in this way – their approach is truly inspirational.

“It is fantastic to see the Council rising to the challenge and accepting that supporting people with dementia is a responsibility of us all. I am grateful for their efforts and hope we will see their approach replicated across the country.”

Anyone of any age can be a Dementia Friend. All actions count – from helping someone to find the right bus to spreading the word on social media. For more information, visit the Alzheimer’s Society at www.dementiafriends.org.uk/