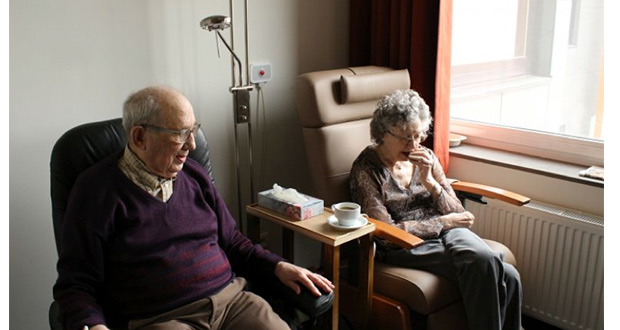 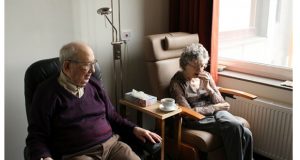 Care staff on overnight shifts are having to bed down at work in offices or on dirty mattresses – sometimes without anywhere to wash, according to a UNISON report published this week.

The report Sleeping in, losing out – released to coincide with the opening day of the union’s annual conference – presents a shocking picture of ‘sleep-in’ conditions, with staff abused physically and verbally including being punched and threatened with knives.

The findings are based on a survey of more than 3,000 people UK-wide caring for the vulnerable and elderly by staying overnight, including in residential homes, in the accommodation of those living independently, or at the properties of those receiving home support.

Sleeping in, losing out reveals the extent of their heavy workload, and that the vast majority are not allowed to leave their place of work while on a shift.

It comes as top-up payments to ensure care staff receive the national minimum wage are being scrapped by some providers. UNISON says employers are wrong to deny staff the minimum wage for each hour on shift.

Sleeping in, losing out highlights how more than one in ten (13%) respondents said their sleeping facilities were unsuitable where they worked.

Some had to make do with make-shift beds in staff offices, with ripped mattresses, and others (2%) had nowhere to sleep at all. Others reported there was no bathroom to wash or shower in despite having to work another shift the next day, and lack of privacy was an issue too.

Sleeping in, losing out shows that more than seven in ten (72%) respondents were so busy they only got a couple of hours sleep a night, with two-thirds (72%) left feeling exhausted.

The duties staff assume responsibility for overnight include calming people with learning disabilities or mental health issues when distressed (81%), assisting vulnerable people to go to the toilet (43%), and giving medication (59%).

More than two in five (41%) reported feeling bad for not being there at night when their families need them. The same percentage has missed out on family events because of having to sleep away from home.

The report raises serious concerns about the safety of sleep-in staff and the failure of employers to protect them properly, says UNISON.

Nearly a third (31%) who responded to the survey had experienced personal threats or even been attacked. Some had been bitten, punched, kicked, spat at, had people try to strangle them, been threatened with knives, and boiling water – or even told they would be killed.

However, more than two thirds (67%) say they are the only member of staff on site during their sleep-in shift.

Commenting on Sleeping in, losing out UNISON general secretary Dave Prentis said: “This report demonstrates how much sleep-in staff are relied upon.

“They’re effectively keeping the care system on its feet. Yet workers are hugely undervalued by employers and paid poverty wages.

“It’s totally unacceptable to leave staff to sleep in offices, and not protect them from abuse.

“More staff could quit their jobs if employers don’t act, leaving care even more in crisis.”

UNISON is now calling on employers to improve sleep-in working conditions such as providing somewhere safe and clean to sleep, carrying out proper risk assessments, and for the government to fund the back pay owed to sleep-in shift workers who have not received the national minimum wage.