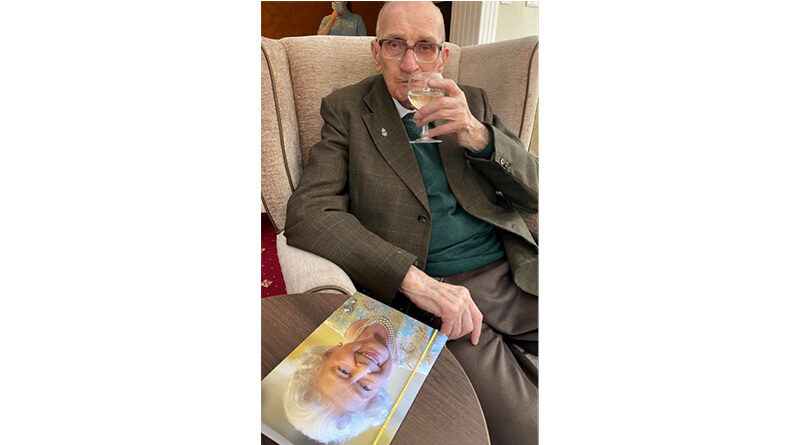 A volunteer at SSAFA, the Armed Forces charity in Doncaster and Thorne in South Yorkshire is asking people to help a 100-year-old veteran celebrate Christmas this year by sending him cards and well wishes.

Christmas, like all major festivals, is a time for family – and after the last 20-odd months of lockdowns and restrictions on seeing loved ones, it is perhaps more important this year than most others.

But not everyone has close family. Husbands and wives die, children and grandchildren move way, couples separate, and some people are left alone.

Stan Vickers, late of the Royal Artillery, is a case in point.

Stan, who celebrated his 100th birthday on November 19, lost his wife Marjorie a few years go and moved into The Laurels care home in Norton. Of course, no matter how much the staff there make him feel comfortable and care for him, it is not where he lived his life with Marjorie and made so many memories.

One of those wishing Army veteran Stan well was Gary Cox, Divisional Secretary at SSAFA Doncaster and Thorne, South Yorkshire.

SSAFA has been providing practical, emotional, and financial support to our Forces and their families for over 136 years, and not just during times of conflict – and Gary wants you to help Stan.

Gary said: “Stan was fascinating to talk with, and although he had many stories about how he survived WWII and his daring exploits as part of the Royal Artillery, including a battle with Rommel’s forces, it became apparent that he is all alone with no surviving family. This, and the loss of his wife, tugs at his heart. It tugged at mine, too.”

Claire Simpson, Activities Co-ordinator at The Laurels, added: “One of our weekly groups is ‘Reminiscence’, which is not only for our residents to chat about the past, but also to support each other to combat loneliness. This is one of the groups Stan enjoys most; he’s always got a story to tell.

“Music is also a big part of our activity programme here at The Laurels, and singing songs and also triggering memories leads to great chats – and Stan can definitely talk for England!”

Gary concluded: “The Armed Forces community is often called a ‘family’, and so I’m calling on this family and the many, many civilians who support our veterans and serving personnel to send Stan a festive card and let him know that he’s not forgotten this Christmas.”