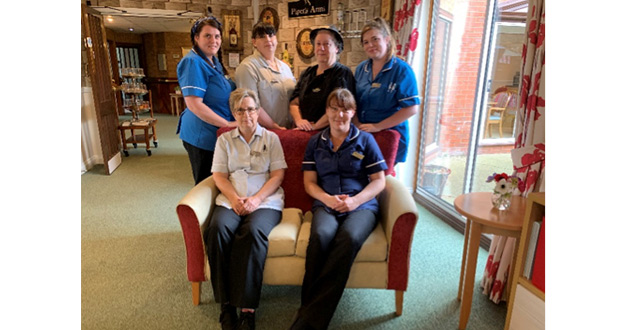 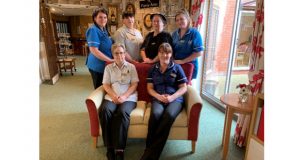 Residents at Sandpiper Care Home in Alford, which is part of Tanglewood Care Homes, have formed a choir to raise awareness of dementia.

The aptly named Sandpiper Singers performed a selection of songs on Cupcake Day – a campaign by the Alzheimer’s Society on 13th June – to raise awareness of dementia and fund pioneering research.

The eight-strong resident choir sang renditions of Que Será Será and Don’t Sit Under the Apple Tree during their first public performance to an audience of 10 family members.

Following the performance, residents and family members were joined by Sue White, the Information and Advice Service Manager at Age UK in East Lindsey. Sue is also a dementia specialist speaker and regularly visits care homes to raise awareness of the disease.

Sue opened her talk with a word association bingo-related game for the residents to play before speaking about the different types of dementia and engaging in a Q&A session with the resident’s family members.

Kelly Davies, Home Manager at Sandpiper Care Home in Alford, said: “The aim of the day was to raise awareness of different types of dementia and create an interactive opportunity for both the residents and their family members to engage in.

“Singing makes our residents smile and laugh – and many people have a special connection to music which can be particularly powerful for people with dementia.

“The fabulous singers practised regularly ahead of the event and, despite being slightly nervous about performing, they were all over the moon at the opportunity!

“The choir was only formed four weeks prior to the residents’ first performance, but they have already asked if they can make this a regular affair! They are continuing to practise and have already got their next event pencilled in the diary; they will be performing at the Sandpiper summer fête on 3rd August – an event where everyone is welcome!”