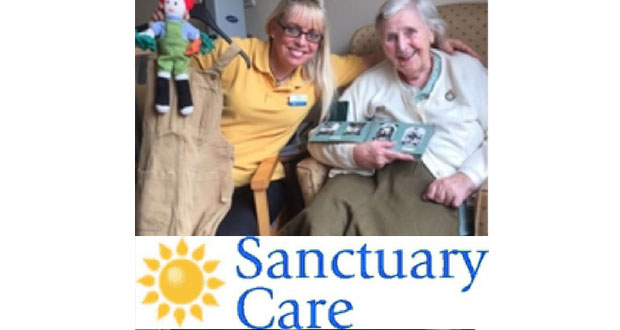 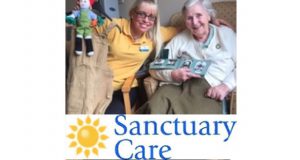 On International Women’s Day (8 March), the team and residents at Brambles Residential Care Home in Birchfield Road hosted a celebratory tea party for all their female residents to mark the achievements they have made.  A Sanctuary Care resident in Redditch, who has dedicated many years of her life to serve in the Women’s Land Army (WLA), received a special recognition.

89-year-old Pearl Bishop. Pearl, who was born in Aston, Birmingham in December 1927, met the love of her life Ted Bishop at the age of 14 and when he was called to serve in the army shortly after her seventeenth birthday Pearl decided to join the Women’s Land Army (WLA), carrying out jobs that men had traditionally done before being called to serve in the armed forces.

In her career Pearl went from a volunteer in Henley-in-Arden where she was sent daily to work on various farms to becoming a forewoman based in Warwickshire’s Atherstone, where seven girls reported to her. During her time she lived with five other girls in a hut on the RAF base.

Pearl said: “I remember it well, there was no formal training, we just got on with it and we didn’t have any luxuries really, just a small box under my bed for my belongings, which we called the coffin.”

It wasn’t always plane sailing as Pearl once received a nasty head wound when she was trying to clear a blockage from the threshing machine and a fellow land girl  turned the machine on not realising she was underneath it.

Pearl explained: “I suffered a nasty cut to the head which needed stitches and home rest so Ted, who was my fiancé at the time, took a three day pass and as soon as we saw each other again he applied for a special license to get married.  We got married the next day on 12 April 1947 – I remember it as if it was yesterday.”

Pearl left the WLA in the autumn to raise a family with Ted. The pair went onto have three children – Lesley, Malcolm and Linda – and the family has since blossomed into four generations with six grandchildren and 13 great grandchildren. Ted and Pearl enjoyed 65 happily married years together before Ted’s passing in July 2012.

Pearl concluded: “I am so proud of my time in the Women’s Land Army, it was filled with hard times and happy memories, something I will never forget.”

The Sanctuary Care home’s activities leader Fiona Morsy added: “All our residents are so special to us, they have fascinating stories and we are proud of every single one of them. When special days like International Women’s Day come up we jump at the chance to celebrate and showcase the amazing people we have in our home.”