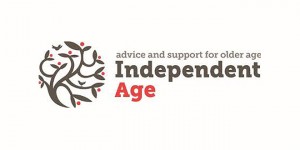 Despite the large numbers of people affected, the research suggests that loneliness is a taboo subject: 92% of respondents think that people are scared to admit that they are lonely. The research also indicates that people who feel lonely will be judged negatively: when asked ‘what do you think people imagine about those who are lonely’ the most common responses were ‘there is something wrong with them’, ‘they are unfriendly’ and ‘it is their fault they are lonely’.

The organisation has previously found that 10% of those over the age of 65 – over one million people – feel chronically lonely (that is, all or most of the time)

Marcus Rand, Director of the Campaign to End Loneliness, said:

“The taboo and stigma around loneliness is stopping vulnerable people from opening up about their situation. This in turn makes it very difficult for local authorities and other support organisations to find the missing million older people who need our help.”

“The Campaign to End Loneliness has developed a step-by-step guide to help local authorities and stakeholders identify the hidden lonely. The Missing Million: In Search of the Loneliest in our Communities helps commissioners and service providers to identify older people experiencing, or who are at risk of experiencing, loneliness. It will assist frontline workers to better understand and respond to loneliness, and to engage with older people experiencing loneliness.

“It is unacceptable that 20% of Local Authority Health and Wellbeing Boards in England still have no written commitment to tackle loneliness in older age. We’re calling for all Boards to make a commitment by the end of the year. Every Local Authority in the country should put in place a clear action plan with measurable targets for reducing loneliness in their local population.

“If we are to drive lasting change for the better, however, we must make loneliness everyone’s business.  We need to create a movement for change that breaks down the stigma of loneliness and addresses it head on, like any other health issue.”

“Whereas in the past it may have been treated as a trivial matter, loneliness is a serious condition that can severely affect a person’s mental and physical wellbeing, and increase the risk of premature death by 30 per cent.

“Councils are addressing this through early intervention, with a number of local authorities leading the way in partnership with volunteer and community organisations.

“Loneliness is an issue that needs our urgent attention, and something that will become an increasingly important public health concern as people live longer lives.”

“It is saddening but unfortunately not surprising to see the level of stigma and negative attitudes towards loneliness, even in some cases blaming the lonely people themselves. We absolutely need to change this and help local authorities and the public realise that being lonely is not a normal or necessary part of growing old. There’s nothing wrong with admitting that you are lonely and there are things that can be done to help reduce loneliness. If all local authorities get on board with the new guide from the Campaign to End Loneliness, that will be a fantastic first step to identifying those that need our help.”

Dorothy, who turns 86 later this year, lost her husband two years ago after being his sole carer for 15 years. Dorothy said: “I walk with two sticks so I find it very difficult to get out by myself. I do get lonely sometimes and it’s hard to tell others about how I’m feeling, but the television is my friend. I always keep the television or the radio on to keep me company in the house.

“Contact the Elderly’s tea parties have made a huge difference to my life. I greatly appreciate the company, and the chance to get out and see the countryside too. As I don’t have any family nearby I love spending time with the young volunteers, they are all so terribly kind.”

The impact of loneliness on physical and mental health is significant and increasingly well documented – from high blood pressure and higher use of medication to increased likelihood of developing dementia and depression.  This, in turn, has cost implications for the NHS, social care and the wider economy. Lonely individuals are more likely to visit their GP, undergo early entry into residential or nursing care and be admitted to accident and emergency services.

The Campaign was launched in 2011, is led by five partner organisations, Age UK Oxfordshire, Independent Age, Manchester City Council, Royal Voluntary Service and Sense, and works alongside more than 2,000 supporters to tackle loneliness in older age. Thus far the Campaign’s work has been funded by Founder Funder the Calouste Gulbenkian Foundation, Independent Age, the John Ellerman Foundation, the Tudor Trust and the Esmée Fairbairn Foundation.

To access the Campaign’s The Missing Million report visithttp://www.campaigntoendloneliness.org/the-missing-million

To find out more about the Campaign to End Loneliness visitwww.campaigntoendloneliness.org