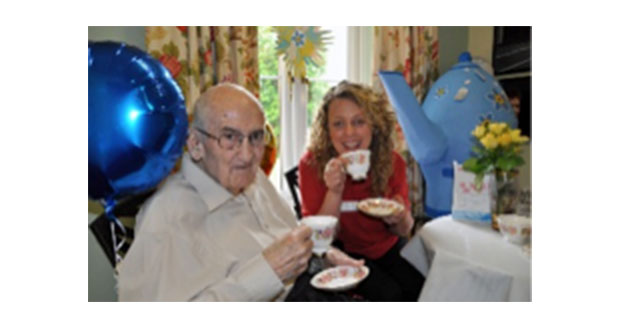 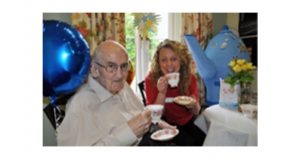 The family-owned company, which owns 20 care homes across Dorset, Hampshire, Wiltshire and Sussex, gave itself just two years – until March 2017 – to reach the impressive target.

During that time kitchen assistants and clinicians, board members, care assistants and even the homes’ gardeners have gained the status after attending Dementia Friends sessions, run in partnership with the Alzheimer’s Society.

Tim Wookey, the Director of Marketing at Colten Care, is a Dementia Friends Champion who has helped create over 200 Dementia Friends. He is also a former chairman of his local dementia action group in Lymington.

He said: “Colten Care embraced the Dementia Friends scheme to show its support for a greater understanding of dementia and I know we are all immensely proud that we have reached our Dementia Friends target. But we won’t be stopping there.

“The scheme is also open to residents, relatives and the local community and we hope to inspire even more people to become Dementia Friends in the months and years to come.“

Linden House in Lymington is one of Colten Care’s dedicated dementia homes and to celebrate the company’s milestone – and this year’s national Dementia Awareness Week (May 15-21) – staff, residents and visitors have enjoyed a variety of participatory events, including the very popular Time for Tea.

Activities organiser Donia Connor explained: “Chatting, socialising and reminiscing are such important parts of caring for people with dementia and what better way to tie that all together than with a lovely cuppa?

“With the residents’ help we made a giant papier-mâché teapot and we have been inviting people to sit down and enjoy a drink and a chat, before writing a few words about their chat on a little pretend teabag, which they then pin on the teapot.”

Donia continued: “One of our residents Chris George has been reminiscing about when he was a boy and made me laugh with tales about the tin bath he used to be dunked in. So that’s gone on the teapot!

“Some people have enjoyed a cuppa and a chat about a book or something they have been doing in the home and as a result there have even been some new friendships made. It’s been wonderful.”