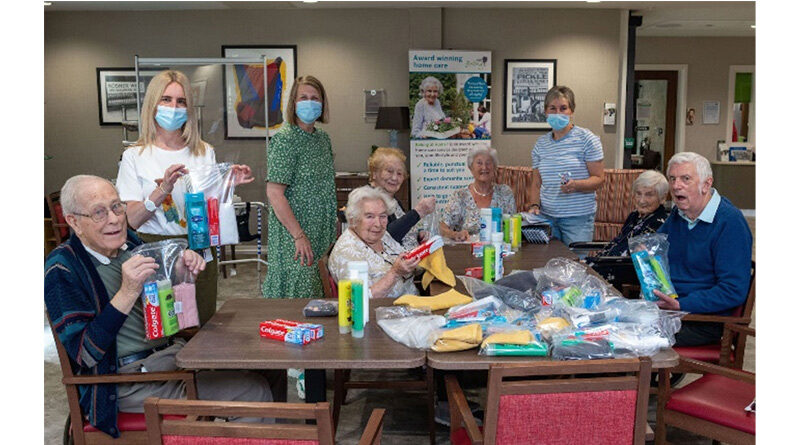 Kind-hearted residents at a Didsbury-based care village founded by a Jewish First World War refugee are lending a helping hand to refugees by donating aid to those arriving in the UK.

Moved by the plight of those fleeing Afghanistan as the Taliban retakes control of the war-torn country, members of the Belong Morris Feinmann community have donated 70 toiletry bags, accompanied by messages of personal support.

The donation efforts are being led by Care4Calais, a volunteer-run charity, working with refugees in the UK, as well as France and Belgium. The UK government has pledged to welcome around 20,000 people through a resettlement scheme.

Belong Morris Feinmann residents and colleagues have also extended their generosity by donating much-needed clothing and footwear to Afghans in need, in another effort being led by Bowdon Shul, South Manchester Synagogue, for which the village has an extensive relationship.

Angela Luckett, experience coordinator at Belong Morris Feinmann, is coordinating the village’s contributions. She said: “Our village’s foundations lie in the support of refugees, originally set-up to help Jews fleeing persecution in Europe, and so, as soon as we heard about the awful situation in Afghanistan, we felt compelled to do something to help.”

Morris Feinmann, a Jewish refugee who had fled Eastern Europe in WWI, dedicated his life to supporting Jews fleeing Nazi persecution in the Second World War, including founding a guarantee scheme to enable German Jews to escape from the country and settle in Manchester. His groundwork eventually led to the Manchester Jewish Refugee Committee purchasing a house for those in need.

Angela Luckett continues: “For many of our residents, seeing the news in Asia has been deeply moving – some are refugees themselves and so their contributions are all the more personal. Community and supporting others are key to Belong’s ethos and we’re pleased to be fortunate enough to be in a position to help those who need it most.”