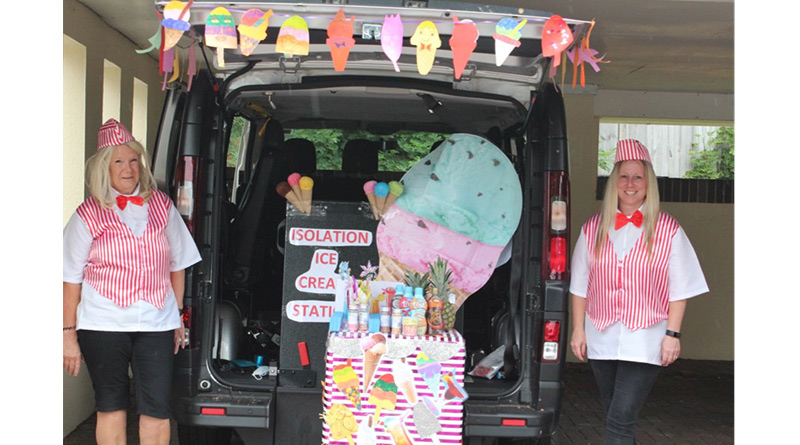 An Optalis residential care home in Maidenhead has surprised its residents with an ice cream treat, after months in isolation due to the coronavirus outbreak. Staff at Homeside Close, who provide support for up to eight people with learning disabilities, transformed one of the mini-bus vehicles into an ice cream van and parked it outside the home, providing everyone with some typically British childhood nostalgia.

The idea came from a member of the care team, who was shielding at the time, but wanted to do something to keep morale up during this worrying time.

Customers living in Homeside Close were expecting to play a game of bingo outside, but instead were greeted by an Optalis ice cream van playing the ice cream van chimes.

The ice cream van was decked in bunting and decorations made by staff and residents too, without knowing they were preparing for an afternoon of fun.

Assistant Team Manager, Zuzana Kurbally, was overjoyed by everyone’s reactions, she said: “They were absolutely delighted when they found out they had their very own ice cream van. They haven’t stopped talking about the experience and were absolutely thrilled that they had an afternoon treat.

“The original idea was to have an ice cream trolley in the home, but staff wanted to make it a bigger event, which they now call the isolation ice cream station.

“The people we support are coping fantastically well in the circumstances, so I thought it would be a nice idea to do something fun for them and thank them for all their patience during this difficult time.”

The surprise was a huge success and the team have since received numerous requests from customers to do this again in the upcoming months.