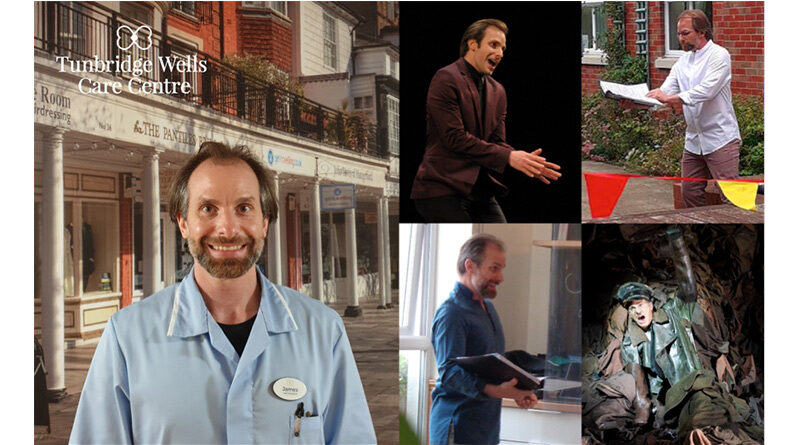 Opera star James Kryshak, who has been working as a care assistant in the Tunbridge Wells Care Centre (TWCC) for the past year, is getting ready to hang up his uniform and return to the stage.

The internationally renowned tenor from the United States, who lives in Tunbridge Wells, was scheduled to appear in several operas, including Salome and Irrelohe in Europe last spring, when the pandemic struck. As these upcoming performances were postponed indefinitely, all James could do was fly home and ponder his immediate future.

Despite a string of qualifications, including a degree in Music (Voice) and German, a Masters degree in Opera Performance, ongoing vocal studies in Austria, Germany and the US and several prestigious international awards, James was at a loss for the first time in his career. “It was so disappointing and worrying,” he recalls. “I didn’t know what to do, because I had only known music up to that point.”

It was James’ partner, a theatre director turned clinical psychologist, who suggested training as a mental health nurse. Having applied, James found that he also needed to undergo some hours of care – hence his application to TWCC. He started at the home in May, at the height of the first lockdown, after completing his initial training online. He spent nearly a year working full time on Grosvenor, the home’s dementia wing, but has scaled back his caring role very recently as his musical commitments have picked up again.

“I enjoy working with residents and making them comfortable. Every day is different as the level of care they need varies so much,” he says. He has put his singing skills to good use, too, giving concerts for residents and staff.

“Working in care has made me appreciate singing as a job. I have never worked so hard as I have in care, but I love it!”

He also gave great comfort to one of our residents before she died. “Eileen sang non-stop,” he says. “And I sang with her every day for the last two weeks of her life.”

James has agreed to stay on as ‘bank staff’ and be called upon to help out at the home if necessary, which his colleagues and residents are delighted about.

Home Manager Theresa Steed says: “It has been a real delight to have James on our staff. He is a great favourite with the residents and staff for his kindness, compassion and care for others, as well as his wonderful voice. Whatever James is doing and wherever he is in the future, we hope that he will stay in touch with us here at TWCC!”