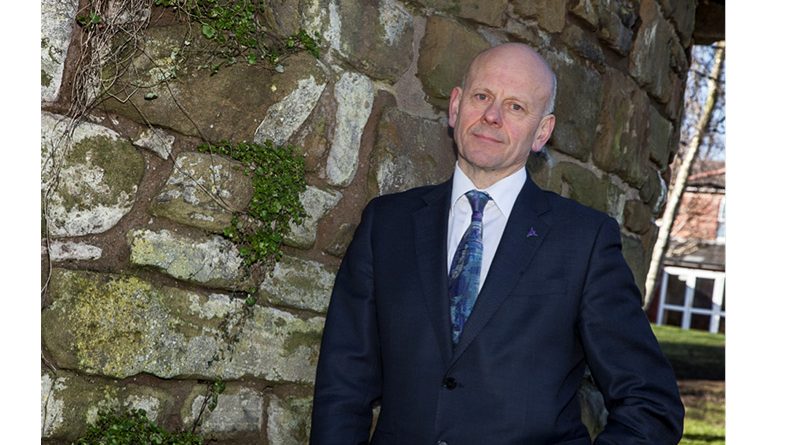 A social care leader is calling on politicians across North Wales to speak out against the “iniquitous” post code lottery of fees in the wake of news that a historic care home is closing.

Mario Kreft MBE, the chair of sector champions Care Forum Wales, said the devasting news about the decision to axe the Penrhos Polish Home on the Llŷn Peninsula, highlighted the threat to the future of care homes throughout Wales.

It’s been revealed that up to 40 “frightened” and elderly residents of the home, which recently celebrated its 70th anniversary, face an uncertain future.

The home was established to provide accommodation for Polish ex-servicemen and women after the Secord World War.

More than 30 residents will be affected by the planned closure but 63 people living in sheltered accommodation managed by housing association Clwyd Alyn will not be affected.

Gwynedd Council have stepped in to provide short-term support but the announcement has caused huge concern, with the daughter of one of the people living there being quoted as saying the residents were “very frightened”,

Mr Kreft said: “The impending closure of this home is an absolute tragedy.

“The home have been long-standing members of Care Forum Wales and our thoughts are with the residents, their families and staff at this difficult and uncertain time.

“This heart-breaking situation mirrors the uncertainty in the social care sector across Wales and has highlighted the financial crisis facing our care homes which are such vitally important community assets.

“For nearly a quarter of a century the policy has been for local government to manage the sector and the problems we are seeing are a direct consequence of that.

“It is something that the First Minister, Mark Drakeford, recognised recently when he said the sector was fragile even before the coronavirus crisis began.

“I would urge all North Wales politicians, who are naturally showing their concern in relation to the Polish home, to examine the fundamental cause of the problem because this is not a one-off situation. It is a deep rooted crisis.

“A large number of care homes across Wales are at risk of closure and the reason is not difficult to identify.

“Care Forum Wales has published a league table of care home fees which starkly illustrates the fundamentally unfair post code lottery that has plagued the sector for years.

“It means, for example, that a care home in Cardiff will receive nearly £9,000 a year more per resident than the Polish care home in Gwynedd for providing exactly the same service.

“As a result, we gave Gwynedd Council one of our Cheapskate Awards for being in the bottom 10 of this league of shame.

“In total, five of the six councils in North Wales were in the bottom 10 – the exception being Conwy County Borough Council who were only just outside the bottom 10 and can’t take any credit for that.

“It’s clear that South East Wales is faring far better than North Wales so yet again we are seeing evidence of an unfair  North-South divide.

“This is why we need an urgent national action plan is needed to sort out this grossly inequitable situation once and for all so that we have fees that make sure that care homes not only survive the immediate crisis but are still there in the long-term so that they can continue to serve our communities across Wales in the future.

“As Covid-19 has highlighted, we have frontline staff doing a heroic job and risking their lives to safeguard the vulnerable residents for whom they provide care.

“Sadly, the closure of the Polish home will not be the last. We’ve already lost far too many homes and the financial instability of the sector is going to push a large number into the abyss unless we take urgent action now.

“You can’t measure the loss of these homes just in terms of bricks and mortar – they are the cornerstone of communities across Wales, economically, socially and culturally.

“This is fundamentally about rights of vulnerable people and giving them the choice to stay in their own communities rather than being heartlessly shipped a long way from home.

“Social care has been designated by the Welsh Government as a pillar of the foundation economy and unless local councils get their act together it is going to be tantamount to a scorched earth policy that will wipe out large swathes of the sector.

“Whereas you can produce widgets in any part of the world, but you can’t do the same thing with social care. The First Minister recently referred to social care as the scaffolding that supports the NHS. Care Forum Wales believes this to be so.

“The system should be based on fairness and equality and we are urging all our politicians to speak up against this iniquitous post code lottery to ensure fairness and parity with other places in North Wales.

“This shambles brings into disrepute the so-called North Wales toolkit used by local authorities to calculate fees and puts at least half of the staff who work in the sector at the basic national living wage.