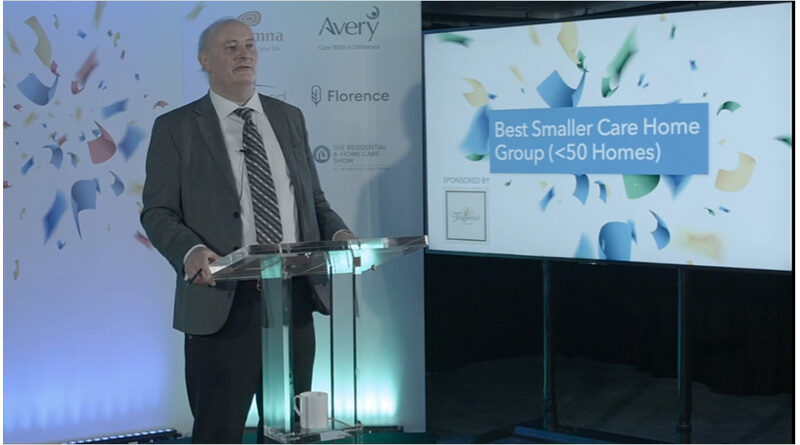 Parklands Care Homes has been named the Best Smaller Care Group in the UK in the industry’s most prestigious awards.

The Grantown based group, which operates eight care homes in Moray and Highland, won the Gold Award for Best Smaller Care Group (under 50 homes) at this year’s national Care Home Awards, beating six other finalists.

Parklands also won the award for Best for Communication for its efforts to connect people and communities. Throughout 2019, Parklands held social events in the community designed to raise awareness about dementia, providing support for those living with the condition as well as those who care for them; launched a multi-media campaign to capture the oral testimony of its residents; and appointed a photographer in residence to celebrate the places and events that matter most to residents.

Parklands was the only Scottish care group to be shortlisted in this year’s awards.

The event had been due to be held in London in May but was delayed because of the Covid-19 pandemic and was broadcast online instead.

Ron Taylor, managing director of Parklands Care Homes said: “We are absolutely thrilled to have won two national Care Home Awards. This has been an extraordinarily difficult year for the care sector and our staff have performed superbly. These awards are a fitting reward for their hard work and dedication to our residents, their loved ones and the communities we serve. I couldn’t be more proud of them and the many community volunteers who support us.”

Event host said Alan Dedicoat (pictured) said: “In an area where care capacity hasn’t kept pace with the fast growing elderly population, Parklands is spearheading a multi-million pound investment that will ensure that more older people can continue to live in their local community.”

He added: “The last six months have proved that care homes have been the unsung heroes of the pandemic and the nation loves you for it.”