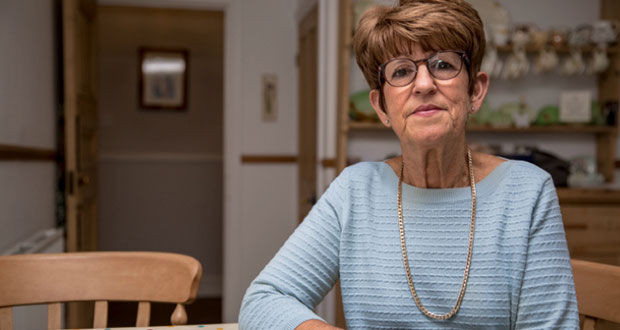 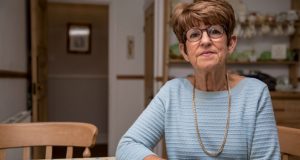 Over half (56%) of Gransnet users who describe themselves as lonely have never talked about their loneliness to anyone, with the vast majority of that number  saying their close friends and family would be quite surprised or even astonished to hear they feel lonely, according to a new survey  carried out by the over-50s social networking site.

Published today to mark the launch of the Jo Cox Commission on Loneliness spotlight on older people, the survey also reveals that 93% of Gransnet users admit it’s possible to feel lonely even when you have a partner or family, with 82% agreeing that talking about feelings of loneliness is much easier when they are online and anonymous.

As part of the Commission’s spotlight on older people, nine organisations – Age UK, Alzheimer’s Society, British Red Cross, Campaign to End Loneliness, Eden Project Communities, Gransnet, Independent Age, Royal Voluntary Service and The Silver Line – are working collaboratively to raise public awareness of loneliness and encourage everyone to act to tackle it.  With Age UK research showing that 1.2 million older people are chronically lonely, and half a million people over 60 usually spend every day alone, there is clearly an urgent need for action.

According to the British Red Cross, a worrying 45% of people aged 65 and over wouldn’t know where to turn if they’re experiencing loneliness.

While loneliness can strike at any age, older people are at higher risk of being lonely as they are more likely to experience deteriorating health and the death of a loved one. Disability, poor health, poverty and limited access to transport all contribute to older people feeling cut off from their family, friends and local communities, meaning many older people have little or no social interaction. The closures of bank branches, post offices, small shops and libraries, particularly in rural areas, can be devastating for many older people who rely on them for social contact, exacerbating their feelings of being forgotten and lonely.

The cross-party Jo Cox Commission on Loneliness, launched earlier this year in Parliament, is supported by thirteen organisations  and aims to not just raise awareness of the problem but to act as a ‘call to action’.  Under the slogan ‘Start a Conversation’, the Commission wants to mobilise the public to help themselves and others around them – educating people on how they can become part of the solution – whether through talking to a neighbour, visiting an old friend, or just making time for people they meet.

Passionate about tackling loneliness, Jo Cox set up the Commission before her murder in June 2016.  In her memory the avowedly cross-party Commission is being taken forward by MPs Rachel Reeves (Labour) and Seema Kennedy (Conservative), supported by Jo’s family.

Co-chairs of the Commission, Rachel Reeves and Seema Kennedy, said:

Loneliness is a silent epidemic across the UK.  We all need to act and encourage older people to freely talk about their loneliness.

Everyone can play a part to ending loneliness among older people in their communities by simply starting a conversation with those around you.  Building awareness of loneliness by being the ‘eyes on the ground’ to spot it amongst older customers, patients, friends, relatives and neighbours, and refer onto people who can help are all interventions that could make a real impact to a lonely older person’s life.  How we care and act for those around us could mean the difference between an older person just coping, to them loving and enjoying later life.

People can help by making time for older relatives and checking in on older friends and neighbours who they know.  In addition, the organisations are asking their supporters and followers to post #happytochat on their Twitter and Facebook status to create online chatter around loneliness and encourage people across all generations to be aware of the loneliness that can often be found – but only behind closed doors.

Anyone who wants to find out more about the Commission or how they can get involved in tackling loneliness in their community can visit www.jocoxloneliness.org for further information.