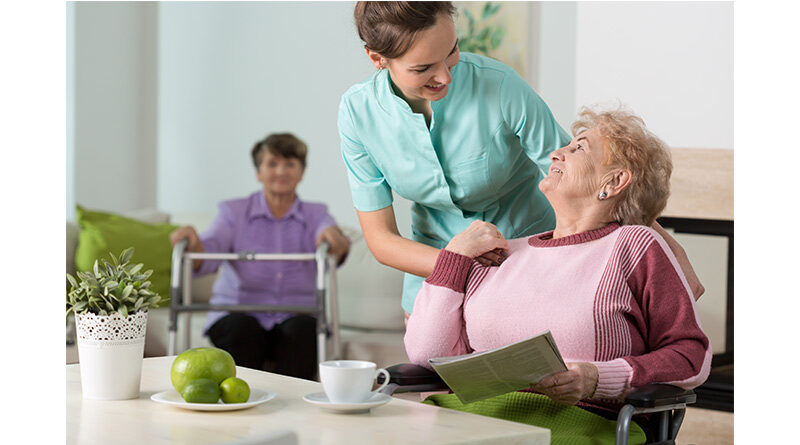 More than a third of care home residents and a quarter of care home staff in England showed evidence of infection with SARS-CoV-2 during the first two waves of the pandemic, according to a new study led by UCL researchers.

The researchers found that 34.6% of residents and 26.1% of staff tested positive for the nucleocapsid antibody, which indicates prior SARS-CoV-2 infection. (This compares to 16% for the general population over a similar period*). The data did not include residents and staff who died of Covid-19, meaning the true prevalence would have been higher.

The researchers said this quick waning of detectable levels of the nucleocapsid antibody showed the need to investigate different antibodies that may not become undetectable so quickly in order to accurately assess levels of prior infection in a population. Commonly used commercial tests currently target the nucleocapsid antibody and may be subject to the same time limitation as the particular test used in the study.

Lead author Dr Maria Krutikov (UCL Institute of Health Informatics) said: “Our study shows the prevalence of Covid-19 in care homes was much higher than in the general population in England up until May this year. In the period we looked at, before the Delta variant became dominant in the UK, the proportion of care home residents with evidence of previous infection with SARS-CoV-2 was more than double that of the general population.”

Senior author Professor Laura Shallcross (UCL Institute of Health Informatics), leader of the Vivaldi study looking at Covid-19 in care homes, said: “In our study the nucleocapsid-specific antibody disappears within a year and the wide use of tests targeting these antibodies to see if people have had Covid-19 before could underestimate the number of prior infections.

“It is important to distinguish immunity caused by infection from immunity generated by a vaccine within a population. Underestimating the number of past infections could affect our estimates of the effectiveness of a vaccine and the level of protection against infection in care homes as both of these are boosted by naturally acquired immunity.”

To determine how quickly the antibodies waned, researchers looked at blood samples from 239 residents and 380 staff, donated over a period of about five months on average. During this time, antibodies became undetectable in 23% of residents and 35% of staff. Researchers estimated how long it would take for half of the population to become antibody-negative which they found to be 242 days (eight months).

The study found that antibodies appeared to last longer among residents than among staff. One theory, not confirmed by the study, is that residents were more likely to have had severe infection, potentially resulting in a longer-lasting antibody response.  It is also possible that residents who survive Covid-19 are particularly robust and this is reflected in their immune responses.

Professor Shallcross added: “We would like to thank all the care home staff and residents who took part in the research. Being able to track the spread of SARS-CoV-2 in care homes, among an elderly population often excluded from research, is important in helping us better understand the pandemic and prevent new cases.”

The research is part of the ongoing Vivaldi study, launched in June 2020, to investigate SARS-CoV-2 infections in care homes and inform strategies to protect residents. It is funded by the UK Department of Health and Social Care.