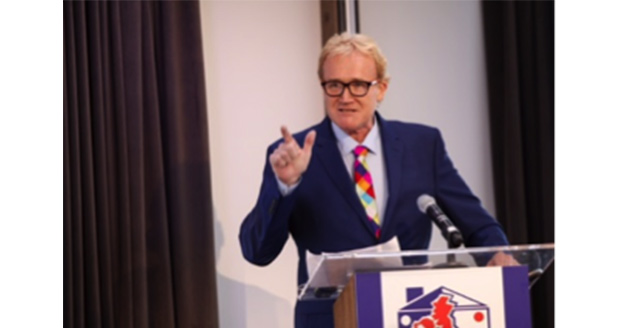 A leading social care spokesman has called for greater respect to be paid to the people who deliver homecare and the country’s oldest and most vulnerable people who receive it.

In his last speech to the UKHCA conference as its chair, Mike Padgham spoke of his frustration that in his 11 years in the post, no government had ever tackled the crisis in social care.

And he repeated a call for the Prime Minister and minister to visit social care on the front line to get a real feel for the massive challenges facing the sector.

At the UKHCA England conference at County Hall, London, Mr Padgham said: “Homecare provides vital, human care, for many hundreds of thousands of people. They deserve to be treated with greater respect.

“And the fantastic people who provide that care, they too deserve to be treated with greater respect – and a higher status bestowed upon the wonderful work they do. Care deserves more respect from the government and not lip-service and not endless Green and White papers and commissions. A proper, clear plan of how social care is going to be funded and delivered for generations to come.

“Give us that and treat us all with the respect that we deserve.”

He echoed the words of Sarah Wollaston, chair of the Health Select Committee, who has urged the government to get on with reform, arguing that there have been sufficient reports, consultations and commissions for ministers to know what needs to be done.

But after 11 years as Chair he warned: “The biggest regret, the biggest frustration of all has been that Governments – of all political colours – have never, ever grasped the social care nettle and dealt with it.

“Every time we feel that we are getting somewhere – like ahead of this year’s General election when social care became a key issue – there have always been other things that have moved care to the back of the queue.”

He repeated an invitation to the Prime Minister and the Minister responsible for social care, Jackie Doyle-Price to visit the frontline of homecare.

“Today, to prove they are listening I am extending an invitation to the Minister and the Prime Minister to come and spend some time on the front line of home care delivery and see for themselves the challenges and pressure faced and then reflect if they think the Goverment is doing all it can to help.

“Will we have to see a major provider failure for the Government to realise just how perilous the situation is?”

Mr Padgham stands down at the UKHCA’s AGM in October.