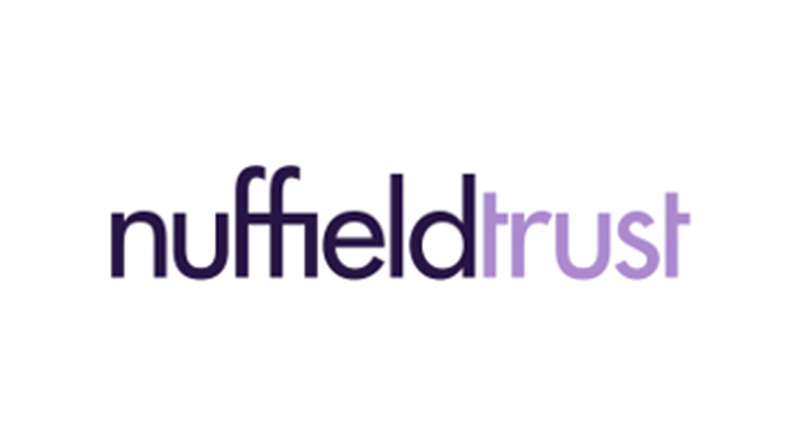 New figures reveal the true effect immigration has had on the expansion of the health and care workforce over the last 20 years.

New figures show that people born outside the UK account for almost a quarter of all staff working in hospitals and a fifth of all health and social care staff in the UK.

Nuffield Trust analysis of new data also reveals that 50% of the increase in the health and social care workforce over the last decade was from workers born abroad.

The figures, obtained from the Office for National Statistics [ONS], look at the number of staff born overseas. They reveal the true effect immigration has had on the expansion of the health and care workforce over the last 20 years, painting a more complete picture by counting everyone from abroad, even if they have adopted UK nationality.

The briefing looks at data split by EEA and non-EEA migration between 2000 to 2008 and 2009 to 2019. The researchers warn that if the annual increase in health and care staff from the EU were to fall by half, which happened when migration tightened for non-EEA migrants post-2010, this would mean around 6,000 fewer net migrants each year or 30,000 over a five-year parliament. This would be a major problem, because care services are struggling with tens of thousands of vacancies and actually require higher migration in the coming years.

Key findings from the briefing include:

The Nuffield Trust briefing highlights that the NHS has a history of failing to train and hire enough staff from the UK, continuing instead to rely on staff born abroad to provide care.

The immigration crackdown around 2010 caused a dramatic slowdown in workers coming from outside the EEA over the next decade. However, the NHS and social care were able to respond by switching to EEA migrants because of the free movement of labour. The think tank warns that there is a risk that policies to end the current system of free movement of people from the EEA will cause a slowdown in migration, with no escape valve left.

It remains “completely unclear”, the experts argue, how the Conservative’s ‘NHS visa’ policy to continue to hire doctors and nurses from abroad and Labour’s exemptions for NHS trusts will impact the health service. The parties have said little about much-needed social care workers and other vital staff working in the NHS. Without letting in more of them it will be impossible to fulfil manifesto pledges to fix social care and increase NHS staff, the briefing says.

Commenting on the briefing, Mark Dayan, Policy Analyst at the Nuffield Trust said:

“This analysis reveals just how international the NHS truly is, and that without migration staffing shortages would be almost unimaginable.

“The Conservatives and Labour have made encouraging assurances to enable some foreign NHS staff to arrive after we leave the EU. But these pledges will fall flat if not matched with promises to recruit social care staff from abroad and expand to other vital NHS staff beyond hospital nurses and doctors too.

“With the NHS continuing to be a top priority for voters, restricting migration could backfire spectacularly given we already have dire shortages and more staff are desperately needed”.