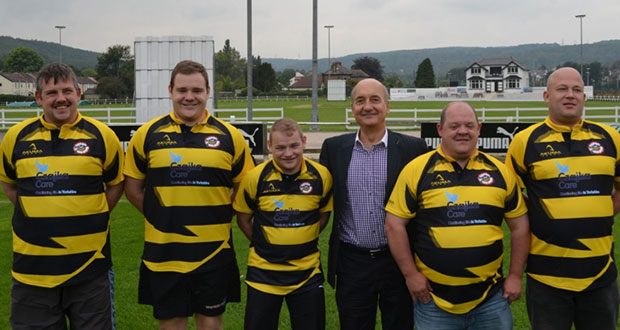 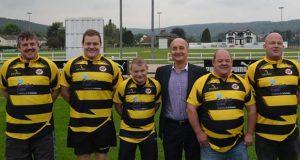 Czajka Care Group has teamed up with International Mixed Ability Sports (IMAS), an organisation dedicated to helping people with and without disabilities gain easy access to sport, by providing the organisation with free use of its bowling green and facilities at Fairmount Park Clubhouse in the Nab Wood area of Shipley.

The partnership is part of a new £160,000 two-year programme that is being delivered by IMAS and funded by Sport England, to encourage disabled and non-disabled people to be more involved in sport together and become members of teams and clubs.

Following the success of IMAS in rugby, the Mixed Ability model will be rolled out to seven new sport disciplines, including bowls, in Bradford and other regions.

Mark Goodwin, who is an Independent Specialist Tutor and IMAS Director says: “We are driven by a simple vision where people of all abilities are equal members in teams, clubs and communities using the power of sport and education, and we believe that this project will be crucial in making this vision true.

“We already had a fantastic relationship with Czajka Care Group through their involvement and sponsorship of The Bumble Bees Barbarians Rugby Union Club.  Their generous offer to make the bowling green available to our organisation will help to encourage people of all abilities to play sport together, something that is incredibly valuable, and the only way in which to promote inclusion in sport.”

Konrad Czajka, managing director of Czajka Care Group, which operates five care and nursing homes, says: “We have been proud sponsors of The Bumble Bees mixed ability rugby team for 3 years now, and were delighted to see them reach the final of the inaugural Mixed Ability Rugby World Tournament. The Tournament saw more than 400 players, with and without disabilities, from 10 different countries compete at the Bradford & Bingley Rugby Club.

“Our family-run business places much emphasis on inclusion, as well as supporting the local community, so having sponsored The Bumbles, it seemed like the natural next step to get more involved with IMAS, which is such a forward thinking organisation that is really breaking new ground in sport. Our bowling green, at the purpose-built Fairmount Park Clubhouse, supports the needs of our retirement community, but it is also open to the public and plays a vital role in the lives of its members. This partnership with IMAS will see adults of all ages join together to play as a team and we are confident that it will be just as successful as the rugby.”

In 2009, The Bumbles became England’s first mixed ability rugby union team to include players with and without learning and physical disabilities.  The club quickly grew into a successful team that enjoys the support of the Rugby Football Union and it now has more than 40 registered players who compete in regular fixtures against able-bodied teams at Bradford & Bingley Rugby Club.  In a major coup for the team, the RFU recently announced that mixed ability rugby is going to be rolled out across the country.