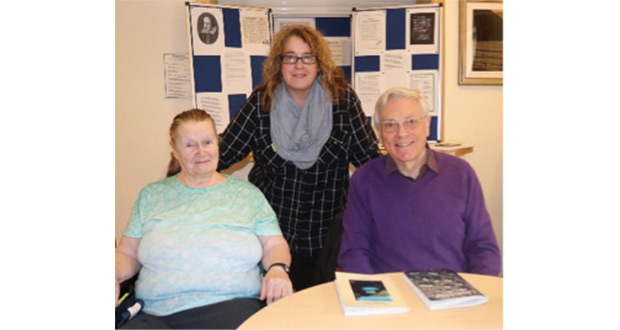 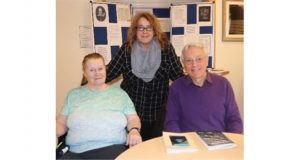 The team at the Chesham-based nursing home, run by local care provider and charity, The Fremantle Trust, invited Ben to read a variety of poems, including the Bard’s famous ‘Seven ages of man’ speech from As You Like It, which compares the world to a stage. Ben also read a beautiful Shakespearean style sonnet ‘In the Garden of Anne Hathaway’s Cottage’ that he penned for his late wife, Sue.

Shakespeare Week takes place from 12th-18th March and celebrates the work of the renowned poet, playwright and actor. The theme presented an opportunity for residents and the care team from Chesham Leys to participate in readings and share some of Shakespeare’s classic quotes that have lived on through generations.

A trained ‘Dementia Friend’, Ben worked with his late wife, Sue, as a volunteer with Contact the Elderly, a charity promoting social tea parties for older people. He also supports the Treasured Memories Club at Chesham Methodist Church, which provides music therapy, sharing of memories and social activity for members of the local community.

Commenting on the event, Sue Faulkner, leisure and lifestyle manager at The Fremantle Trust, said: “We thoroughly enjoyed our Shakespearean-themed recital with Ben. It was an opportunity to bring everyone together through creative expression and Ben was able to bring classic verse to life in a really emotive way.”

Isobel Dwight, resident of Chesham Leys, added: “What a wonderful morning! Ben’s poetry brought back so many memories.”

Ben commented: “I thoroughly enjoyed my first visit to Chesham Leys and found the residents enthusiastic, responsive and appreciative. I look forward to returning in coming months to run a short poetry writing workshop and help residents to produce more of their own work.”