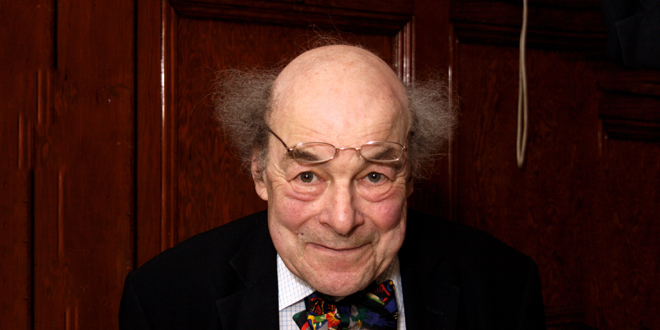 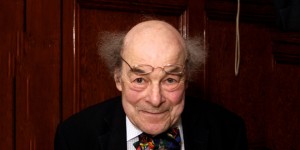 Internationally renowned scientist, inventor and broadcaster, Professor Heinz Wolff, has been awarded £1million as part of the UK’s innovation experts, Innovate UK’s ‘Long Term Care Revolution’ programme for his Give & Take Care project – one of just two entries to the competition to be funded.

Give & Take Care has a bold ambition: to solve the challenge of how affordable care can be provided in the context of increasing demand due to the ageing population and medical improvements.

Based on the idea of ‘mutual exchange’, people take part in Give & Take Care through supporting or caring for an older person in their community.  Caring for each other will ease the pressure on Government social and health services so that they will be able to focus on critical and specialised cases.

The hours of support the care givers provide are recorded and they get credits – or ‘GATs’ – for each hour of care they have undertaken.  They can then use their GATs in the future towards their own care or that of a friend or relative.  Give & Take Care is effectively a pension scheme – the GATpension™ – where the contributions and returns are made in time rather than money.

One of the important features of the scheme is that it occupies what is a new space outside government, business and indeed the established third sector.  This neutrality is essential to persuading people that Give & Take Care is immune from the vicissitudes of political, commercial and financial change and the hours banked with the scheme are safe and secure for the future.

At the same time as Professor Wolff has won the Innovate UK support, he has also heard that Give & Take Care had been awarded a further £60k of resources from the Sheffield Smart Lab.

Dr Gabriella Spinelli, who leads Give & Take Care with Professor Wolff, explains that ‘with this support from Innovate UK and the Sheffield Smart Lab, as well as our developing partnership with the East Of England Co-Op and PWC, we are now able to put the staff and IT infrastructure in place to establish the scheme first in the East of England and Sheffield, and then across the UK’.

A key aspect of Give & Take Care is close links with charities and voluntary groups to help recruit those who will contribute to, and benefit from, the scheme.  Wolff is already in discussions with major charities but hopes that the award from Innovate UK will raise the profile of Give &Take Care and attract the attention of others within the third sector to support the scheme.

Wolff is also confident that Give & Take Care promises more than just an innovative way of providing care – vitally important as this is; rather, Give & Take Care can build stronger communities, spur the development of new assisted living devices and provide a platform for new research.

So at 87, Professor Wolff is doing more than talking about a revolution, he’s leading it.

Professor Julia Buckingham, Vice Chancellor and President of Brunel University London, says ‘We are absolutely delighted to learn of Heinz’ success.  This is a fantastic achievement for an outstanding scientist who for a lifetime has been at the forefront of nationally and internationally significant innovations.  Give & Take Care promises to be his greatest achievement of all – and the University is proud to be supporting Heinz in the delivery of a project of such vital importance to all of us’.