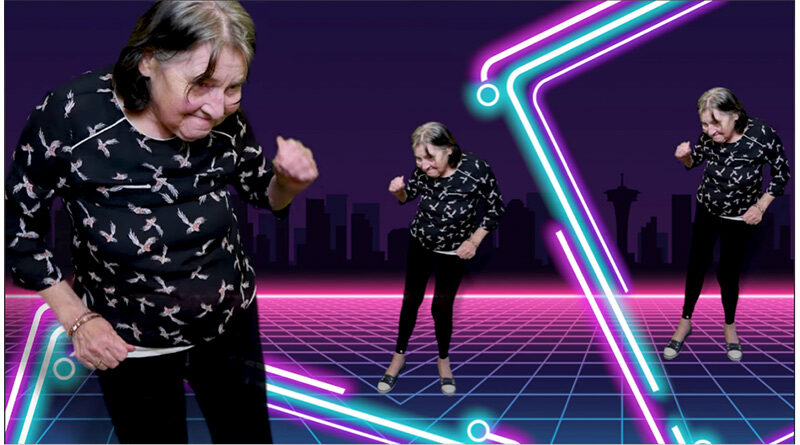 Excelcare Holdings announced a dance competition between their 33 Care Homes. The residents in Hunters Down Care Home in Huntingdon love music and dancing so the home quickly accepted the challenge. Kristine, Lifestyle Coordinator, had some pre-recorded videos and pictures of the residents so she could work on them to innovatively show off the residents’ and staff’s dance moves. Kristine searched for a suitable song and came across the music video for Lipps Inc’s Funky Town which was simple and fun.

The green screen, lighting, and tripod were set up and the filming began to remake the music video. It was the first time the residents had seen the unusual set up, but it did not faze them. Some of them preferred dancing with another person while some were happy to dance alone as the others clapped them on. The staff and other residents were behind the camera applauding and encouraging those who were performing. It was a very nice opportunity to lift each other’s spirits during this uncertain time.

After publishing the video on their Facebook page, the video has received so many positive comments from relatives and the community. Several feedbacks said the video have put a smile on their face. The video was shown to the residents in Kings Community. They enjoyed watching it especially as they recognised the faces of the people in the video. John and Molly enjoyed watching the finished product as they were one of the stars in the video. Molly was tapping her feet all throughout the video and John said after seeing himself, “That’s a handsome chap!” The room was filled with cheer and applause after.

Hunters Down won First Place and the prize was three Amazon Alexa’s which will be used with great enthusiasm.