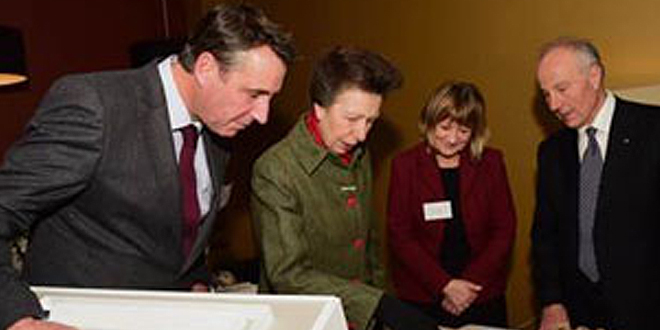 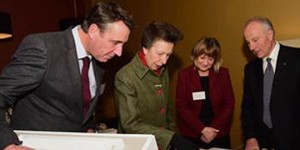 On 1 December, 2015 HRH The Princess Royal attended a special event hosted by national deafblind charity, Sense. The event, held at Birmingham’s Opus Restaurant  marked the charity’s 60th anniversary and announced the upcoming construction of a new community centre in Selly Oak that will provide specialist care to people with sensory impairments, and also serve the wider community.

Tuesday’s event was attended by major supporters and ambassadors of Sense, including Lord Digby Jones of Birmingham, Dame Christine Braddock, and Fiona Allan, Chief Executive at Birmingham Hippodrome.  There were speeches from The Princess Royal, Sense Chairman John Crabtree and Chief Executive Gillian Morbey, and the event closed with a spectacular arts and wellbeing performance, that included dance, live music and visual art.

Director of Glenn Howells Architects, Glenn Howells, presented the architectural model of the major new community centre that will open in Selly Oak in 2017.

In the New Year, construction will begin on the new £14 million pound ‘TouchBase’ community centre.  Helping to support the regeneration of the local area, it is expected to create up to 130 jobs when it opens in spring 2017.  The centre will feature state of the art services and facilities, including a community café to be run by disabled people, a venue for art exhibitions and performances and meeting rooms and conference space available for rent.

“In our 60th year, we are delighted to share our plans for TouchBase with HRH The Princess Royal, who has been a fantastic Patron for us over the years.  TouchBase will ensure that we can offer specialist support and accessible facilities to even more people with complex needs in the region. It will also be a hub of creativity and support, an inclusive environment, for the local community to visit and use.”

TouchBase has attracted over £2 million in funding from the Regional Growth Fund, and a further £750,000 from trusts and foundations.  The charity has a target of a further £3.9 million to raise. To donate, or to find out more about the appeal, visit the TouchBase website.