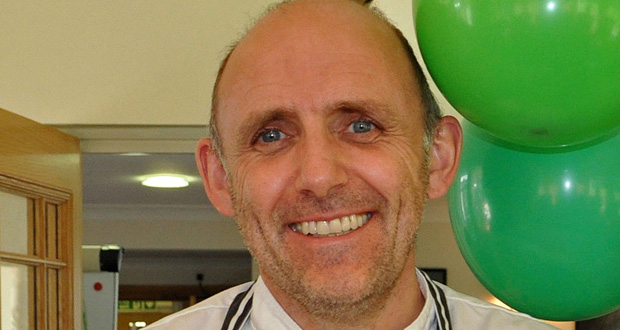 Five team members at a family-owned care home provider have been shortlisted for prestigious national awards.

The Colten Care colleagues have seen off the challenge of hundreds of entries to become finalists in two separate sets of accolades.

More than 400 nominations were submitted and Colten Care has the second biggest number of finalists across all UK care home providers.

At the same time, Megan Austin, a Carer at The Aldbury, is a finalist at the National Dementia Care Awards in the category of Care Personality.

Mark Aitchison, Colten Care’s Chief Executive, said: “On a daily basis, our whole team tries to exemplify everything that high-quality, person-centred care is all about. David’s nomination is a prime example. He has worked with us for 23 years providing delicious meals but his biggest challenge came when the Woodpeckers kitchen was closed for six weeks for a total refurbishment and he had to use a mobile kitchen.

“At the same time the local village church kitchen was closed for refurbishment and David was asked to provide tea and cakes daily for six weeks. So on top of providing three home cooked meals for 40 of our residents, he made tea and baked homemade cakes for another 25 local parishioners. He took it all in his stride.”

Mark added: “We are naturally thrilled that, as finalists, David, Lindsay, Janie, Carol and Megan are all being recognised externally for their work. We wish them the very best of luck on their awards nights.”

Colten Care already has a track record of award success including two winning team members at the National Care Awards in the past two years.

Individual homes have also won care, architecture and gardening awards while the Lymington-based management team was previously a winner at the Hampshire Business Awards.

Winners of this year’s National Care Awards are due to be announced at a gala night at the Hilton London Metropole on 25 November. Winners of the National Dementia Care Awards will be revealed at the Brighton Centre on 3 November.