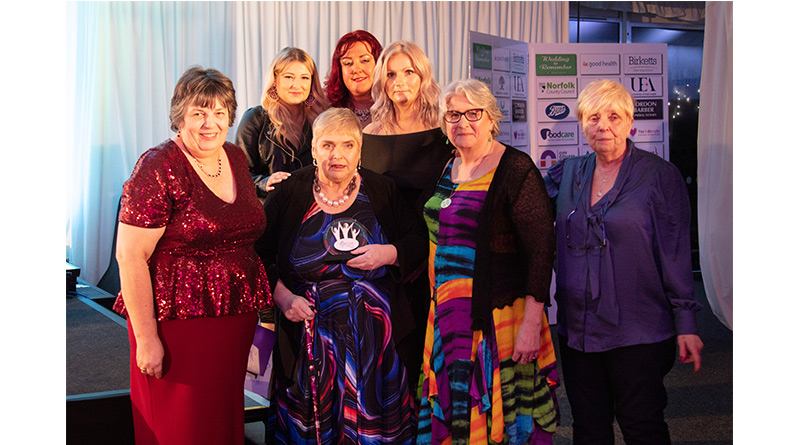 Healthcare Homes Group, which is a provider of residential, nursing and domiciliary care services, is proud to announce it has received two accolades at the prestigious Norfolk Care Awards 2020.

The Motivational Leadership award was presented to Helen Jackson, manager of Overbury House in Wroxham. She was praised for the way she has led a highly successful improvement programme at the home, which has culminated in a ‘good’ rating from the CQC. Helen was described by her staff as “amazing”, with “an infectious energy”.

In addition, Meadow House Nursing Home in Swaffham won the ‘TEAM – Together Everyone Achieved More’ award for its unrelenting work in ensuring every member of the team works together to deliver the best individual outcomes for its residents. The ‘Outstanding’ rated home was also recognised for its ongoing fundraising efforts for its residents and charities that are important to them, including the MS Trust.

Also recognised at the awards was Healthcare Homes’ training and development team, where it was Highly Commended for the ‘Delivering excellence through learning and development’ category. This focused on the innovation shown in creating a host of new accredited courses and development opportunities for its staff, including the Health Care Practitioner role and as a brand new Dementia Champions Programme.

The awards were announced at a gala presentation event held on Thursday 20th February at the Sprowston Manor Hotel and was hosted by comedian and vocalist, Siobhan Phillips.

Gordon Cochrane, CEO of Healthcare Homes Group said, “I am very proud of the work our team conducts across Norfolk every day, so to be recognised by the judges of the Norfolk Care Awards in three categories is a fantastic achievement. Helen Jackson at Overbury House has made a significant impact since she joined the home, while Meadow House continues to prove why it is worthy of its outstanding rating.  I would like to extend my personal thanks and congratulations to everyone who works so hard at making a difference to peoples’ lives, in our care homes.”