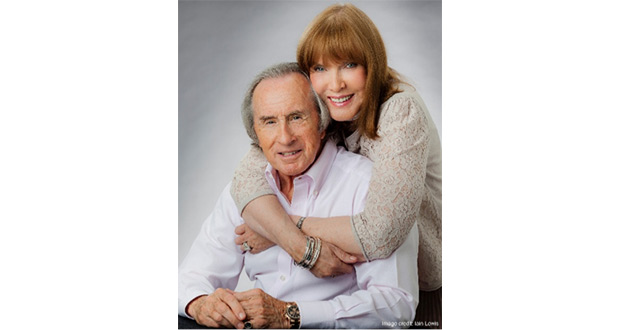 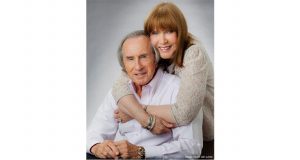 Three-time Formula One world champion Sir Jackie Stewart has launched a £2m search for a new generation of scientists to accelerate breakthroughs in the prevention and treatment of dementia.

The funding has been committed by Sir Jackie’s Race Against Dementia charity which he founded after his wife of 56 years, Lady Helen Stewart, was diagnosed with frontotemporal dementia.

Taking a lead from the fast-paced world of professional motorsport, Race Against Dementia has been set up to drive new ways of tackling the big questions in dementia research, and to accelerate progress. Applying the principles of problem-solving, collaboration and major investment that has driven radical progress in Formula One, the charity aims to find a solution that will allow millions of people to live for longer without dementia.

The £2m of new funding, which will be administered in partnership through Alzheimer’s Research UK, will support early-career dementia scientists with the most innovative new ideas. As well as financial backing, five-year Race Against Dementia Fellowships will provide unique opportunities for collaboration with world-leading dementia scientists and high-level mentoring from McLaren F1 and Red Bull Racing, both leading innovators in the world of F1.

Sir Jackie Stewart, said:
“Helen has always been my rock and her razor-sharp mind was one of the first things that I fell in love with. Four years on from her diagnosis, she’s still the same Helen, with the same sense of humour, but with a gradual decline in memory and mobility that throws up all sorts of challenges that she, and we, have had to learn to cope with.

“Over the last few years my family has been going through an experience that we never expected, and which has turned our world upside down. I’m very fortunate to be able to afford 24-hour specialist care for Helen, but I know that this is not possible for millions of other families touched by dementia. The cost of care can be enormous and from a medical point of view, there are very few treatments that can make life easier. This has got to change.

“The Race Against Dementia is the greatest challenge of my life, but with the right people and the right approach we can encourage and accelerate a new way of thinking and cross the finish line with success. With these new Research Fellowships, we want to attract the best new talent from every corner of the world and not only catalyse their research with funding, but to throw open the door to a whole range of opportunities that will support a can-do mindset and accelerate a new generation of scientists to beat this horrendous illness.”

Hilary Evans, Chief Executive of Alzheimer’s Research UK, the UK’s leading dementia research charity said:
“It has been inspirational to see Sir Jackie and the family step up to this challenge and to pour drive and determination into taking on our greatest medical challenge.  We’re very grateful for Sir Jackie’s fantastic support for dementia research and we’re proud to have been working with him in setting up these ambitious global Race Against Dementia fellowships.

“There are 850,000 people living with dementia in the UK, and surrounding these individuals are carers and families whose lives have been turned upside down, and who struggle to cope. These new Fellowships are targeted at up-and-coming scientific global talent and will stimulate the careers of researchers with the drive and ambition to make breakthroughs possible that will transform lives.”

Accompanying the announcement of the Race Against Dementia Fellowship funding, Paul Stewart has made available an original song in tribute to his mother. Featuring poignant family photography and footage from Lady Helen Stewart’s lifetime, Praise You, is an uplifting glimpse at Stewart family life across six decades.

Paul Stewart, Ambassador of Race Against Dementia, and eldest son to Sir Jackie and Lady Stewart, said:
“I wrote this song as a gift from me to my mother as a way of thanking her for what she’s done and sacrificed over the years to me, my brother, my father and my family. I wrote the words as a way to trigger special moments that we have shared together. Dementia has impacted not just my mother but all of us and in particular my father. I love her and I always want her to know that.”

Mark Stewart, Ambassador of Race of Against Dementia, and Sir Jackie and Lady Stewart’s son, said:
“You never expect something like this to happen to a member of your family, but it is exactly what’s happened to us. My mother has always been a strong and loving parent. She has always dedicated herself to my father, my brother Paul and I. Sadly we have seen up close what this terrible disease can do. Race Against Dementia is our family’s way of turning a negative in to something positive”.