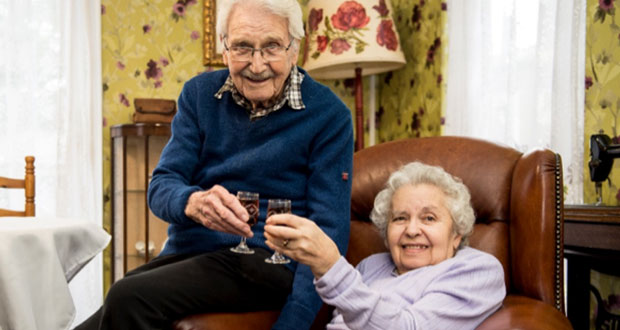 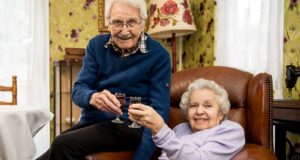 A Dundee couple are perfectly placed to give lessons in love for Valentine’s Day – because this year will be the 71st time they will be celebrating February 14th together.

And John Mackay, 96, and wife Edith (known as Eci), 92, believe they can give couples of all ages some simple tips for a long and happy marriage: be romantic all year round, not just on February 14th.

The couple are celebrating their first Valentine’s Day together at Bupa’s Balcarres Care Home in Broughty Ferry after Eci became a resident in 2015 with John joining her a year later.

The loved-up couple are keeping things relatively low key after over 70 years honoring the special day together, but John, ever the romantic, has still bought Eci several thoughtful gifts and a card. Staff at Balcarres will also be on hand to congratulate them and make the day one to remember.

John, a commando during the Second World War, met Hungarian Eci after his unit liberated a column of Jewish female prisoners destined for a concentration camp. After rescuing the women, the unit organised a dance in the local village hall but John, despite his heroic exploits, lacked the confidence to ask Eci to dance. While John thought it best to send a friend to ask, Eci insisted that if he wanted a dance, he must ask himself and this boldness led to the couple falling in love.

John brought Eci home to Scotland after the war, and later brought her mother to join them. The inseparable pair were married on the 17th of July 1946 and have been wholly dedicated to one another ever since. They have two children, daughter Sharon and son Peter.
John said that Valentine’s Day was not one that the couple chose to celebrate specifically, as instead they have always been romantic all year round, and still are to this day.

She said: “John is a true gentleman. He is always checking in to make sure Eci is happy and the pair still refer to each other as ‘sweetheart’ on a daily basis. Their devotion to one another is clear to anyone who spends even a short time in their company.

“John came to join us a year after Eci moved in, so it’s wonderful that they are both near one another again. Our main aim now is to ensure that they continue to enjoy a happy life together.

“We’re having a little party for all our residents this Valentine’s Day, so it’s lovely to have such a real example of true love with us at the home.”