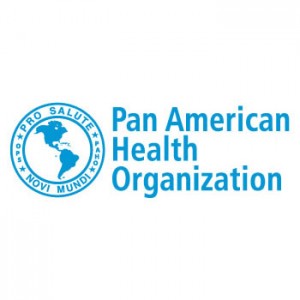 The World Alzheimer Report 2015, launched by Alzheimer’s Disease International (ADI) at the end of August, revealed that there are over 9.4 million people living with dementia in the Americas region, expected to treble to 29.9 million by 2050. Central America is also expected to experience the highest increase in dementia prevalence between now and the middle of the century, a rise of 348%. The regional cost of dementia in the Americas is estimated at US $315 billion, comparable to the market value of Google (US $368 billion)*.

During the 67th Session of the Regional Committee of the WHO for the Americas, held earlier this week in Washington D.C., PAHO country representatives voted unanimously in favour of the Plan of Action.

The PAHO Regional Plan of Action on Dementia obliges countries to develop national dementia plans, including the promotion of risk reduction strategies through public health programmes, ensuring a rights-based approach to the provision of care and support for people living with dementia and better training for health professionals, as well as more funding for research.

Much of the global increase in the prevalence of dementia will take place in the low and middle income countries. Today, more than half of all people with dementia live in low and middle income countries, and this will rise to 68% by 2050.  In these countries, stigma, lack of support for people living with dementia and their families and lack of funding for health systems present major challenges.

Johan Vos, Deputy Executive Director of ADI commented: “As the number of people living with dementia worldwide increases, so too will the costs associated with providing care and support.  Most governments are woefully unprepared for the seismic increase in dementia’s global impact. ADI is encouraged to see that PAHO has taken leadership on this issue, and hopes that other WHO regions will follow suit in taking action to help support people living with dementia and their families around the world.”

Carissa F. Etienne, Director of PAHO, added: “This plan is the first of its kind for any WHO region, and it could not have come at a better time. In Latin America and the Caribbean, the number of people over 60 is expected to double over the next two decades, and dementia is one of the greatest threats to their independence. We need to take action now to reduce the stigma surrounding this condition, to delay functional decline in people with dementias, and to improve their long-term care, including by supporting their caregivers.”

The adoption of this PAHO plan supports the ‘Call for Action’ agreed in March by 80 countries at the WHO Ministerial Conference on Global Action Against Dementia and for the WHO to put this on their agenda at the January 2016 Executive Board meeting.