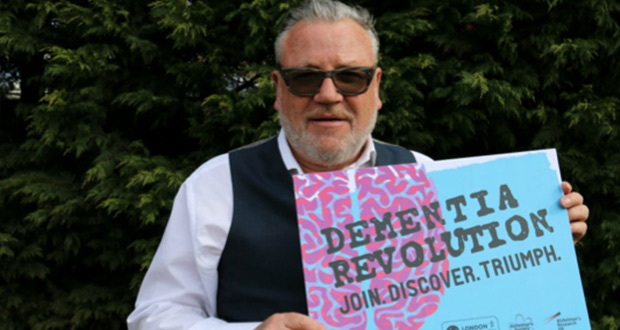 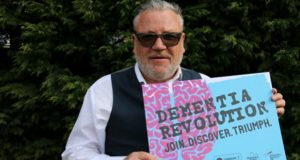 Hackney-born actor Ray Winstone is challenging runners inspired by Virgin Money London Marathon 2018 to secure their place in next year’s event to help raise over £3.5m for dementia research.

The call comes as Virgin Money, the race sponsors, named dementia charities Alzheimer’s Society and Alzheimer’s Research UK as Charity of the Year for 2019.

We’re joining forces with Alzheimer’s Research UK for a year-long campaign, called Dementia Revolution, as Charity of the Year for Virgin Money and the 2019 Virgin Money London Marathon. The campaign aims to overthrow old attitudes to dementia and raise millions of pounds for the most ambitious dementia research initiative the UK has ever seen, working to find better treatments and a cure – the UK Dementia Research Institute.

Dementia is the biggest health threat facing society with almost a million people living with it in the UK – it is now the country’s leading cause of death, ahead of heart disease. Despite dementia being caused by physical diseases like Alzheimer’s, funding for dementia research has long lagged behind other common conditions. There are currently no effective treatments to slow, prevent or cure the diseases that cause it but scientists are working tirelessly to beat the condition

The UK Dementia Research Institute was launched in 2016 with funding from the Medical Research Council, Alzheimer’s Society and Alzheimer’s Research UK and will see over 700 researchers working at 6 centres across the country – revolutionising dementia research.

Ray, who portrayed the effects of Alzheimer’s in the 2012 film Ashes, said:

‘I’ve seen first-hand the devastating effect dementia has when I met people with dementia while I was preparing for a role as a father with Alzheimer’s disease. I know there are no treatments to slow, prevent or cure dementia and the main reason for this is because there is not enough funding into research.’

‘By signing up to the Dementia Revolution and being part of the 2019 Virgin Money London Marathon, everyone can do their bit to raise vital funds to beat dementia. With enough support, we can and will end dementia with research.’

Through the Dementia Revolution, the two charities are aiming to build a team of more than 2,000 runners in the marathon including those applying for charity places and those who secure their own places through the public ballot, which opens on Monday 30 April for just five days.

Sue Strachan, who attracted widespread support this month when she completed the marathon while living with dementia, has called on others to get behind the cause for this important year. She said:

‘I wasn’t a runner at all, but the doctor suggested I take up running to get fit and stay positive after my diagnosis of vascular dementia and here I am with a Virgin Money London Marathon finisher’s medal. I’ve been pounding the country lanes around my house for months surrounded by nothing but a few sheep, so I cannot put into words how it felt to be out there on the streets on marathon day with the noise of the crowds. The atmosphere was incredible and I felt so proud to be challenging stereotypes about dementia and raising vital funds for research.’

‘The Dementia Revolution is an amazing opportunity and I hope everyone will rise up and support it in whatever way they can.’

‘Sadly today, one in three of us will have a close family member or friend who has dementia. For too long people with dementia have been overlooked and forgotten but this special year will help us to bring dementia out of the shadows.’

‘As Charity of the Year for the 2019 Virgin Money London Marathon we have a unique opportunity to inspire action now and raise vital funds for research. We hope that everyone will stand with us, join the Dementia Revolution and change the lives of people with dementia.’