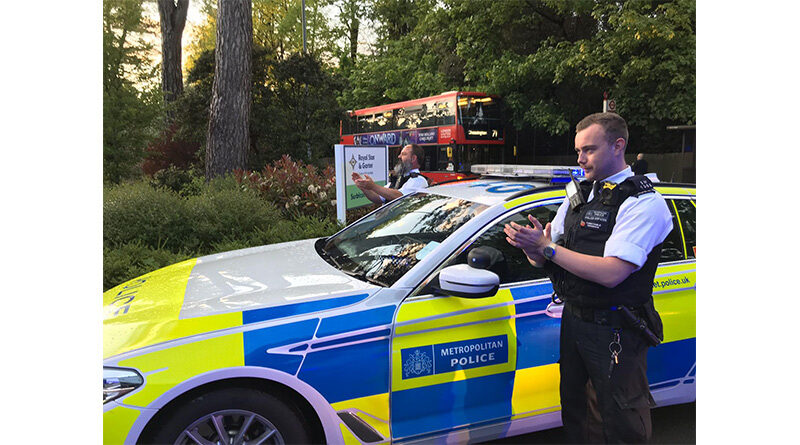 Royal Star & Garter has been able to draw on the love and support of its local communities during the COVID-19 pandemic.

The charity, which has Homes in Solihull, Surbiton and High Wycombe, has always benefitted from close ties with its neighbours. This includes enjoying visits from local schools and nurseries, nearby cadets and military organisations, and going on trips to attractions and landmarks in the area.

However, the charity has been bowled over by the support it has received since the spread of the virus caused the Homes to close their doors to visitors in March this year.

Aware that residents would be missing visits from loved ones, volunteers and entertainers, Royal Star & Garter launched its hugely successful Letters with Love campaign in March. The campaign came about after the residents asked for letters and drawings, saying it “brightens up our days”. It resulted in a slew of correspondence from people of all ages, and was warmly welcomed by Royal Star & Garter residents. And the Share a Smile campaign, which launched in June, invited members of the public to send in homemade videos aimed at bringing cheer to veterans cared for by the charity.

Also in March, the Surbiton Home was inundated with donations after appealing for toiletries for its residents. The charity’s Homes in Solihull and Surbiton also received free meals from local restaurants and takeaways.

In April, Kingston police showed their support by visiting the Surbiton Home to take part in the weekly clap for NHS staff and key workers.

The community has also taken part in fundraising for Royal Star & Garter during this time. Lockdown meant the cancellation of mass-participation fundraising events such as the London Marathon and Prudential RideLondon cycle ride. As a result, members of the public helped raise £15,000 for the charity through the 2.6 Challenge. Among those to fundraise were the great grandchildren of a High Wycombe resident.

Senior Community Fundraiser Lauren Baker said: “We’ve been amazed at people’s kindness, love and generosity over these difficult months. Support has come in all different shapes and sizes, from toiletry donations, letters, takeaway dinners and fundraising. It’s allowed us to continue providing exceptional care to our residents.”