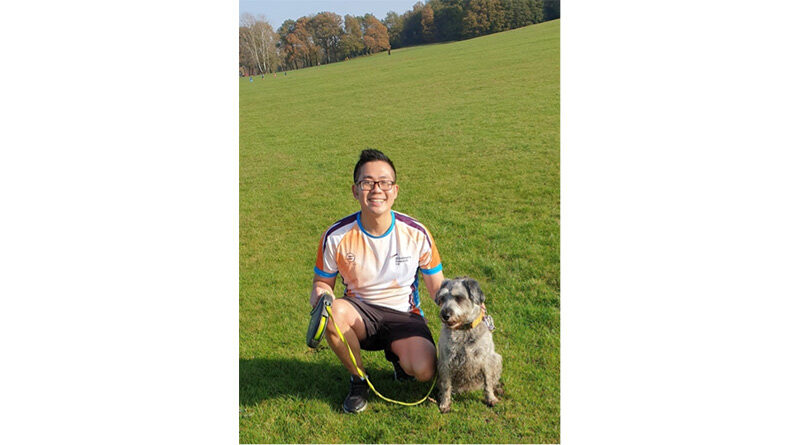 Enfield care home manager, Nicolas Kee Mew, is on a mission to raise awareness of dementia in the area, after personal and professional experience of the condition.

Originally from Mauritius, Nicolas watched his grandfather deal with Alzheimer’s disease without the information and support available to people in the UK.

Nicolas is the manager of Elsyng House care home on Forty Hill which will welcome residents with Dementia when it opens in February 2021.

“People living with Dementia can experience a range of symptoms, not just memory loss, and the more people know about it, and how to support people to live well with Dementia, the better”.

“It took a long while for my grandfather’s symptoms to be recognised as Alzheimer’s disease because awareness in Mauritius 20 years ago was very low. His life would have been very different if there had been greater understanding in his community and that’s what I want to see for my residents.”

Nicolas, 34, came into the care industry by accident. He arrived in the UK as a teenager to study accountancy and took a part-time job as a cleaner in a care home to support his studies.

He found he loved chatting with the residents so when the home asked him if he wanted to be a carer instead, he jumped at the chance.

After finishing his degree, he could focus on his care career full-time and became a home manager at the age of just 30. He was appointed as manager of Elsyng House, a brand new, purpose-built home, in September. The home will provide luxury all-inclusive residential, nursing, memory and respite care for up to 75 residents.

The home is the newest addition to Oakland Care’s portfolio which includes Lambwood Heights in Chigwell that was nominated for the prestigious ‘Luxury Care Home of the Year Award 2020’ with Knight Frank.

Alongside running Elsyng House, Nicolas is also completing a Master’s degree in dementia studies and has recently finished a half marathon for Alzheimer’s Research, eight months after having coronavirus.

“I like to be busy and a lot of my energy goes into raising awareness of dementia,” he said. “I’m working closely with local organisations in and around Enfield to raise awareness, both for the benefit of those who will make their home with us, and for others in the community living with the condition.”