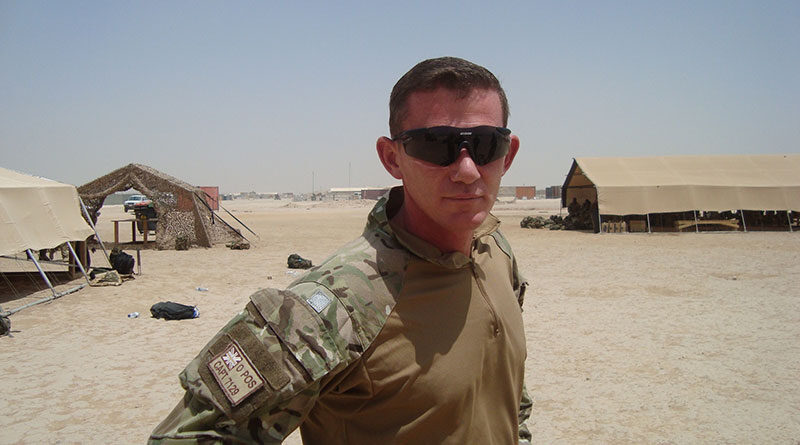 Social care provider Home From Home Care has pledged to support members of the armed forces community in work.

Home From Home Care, which operates 11 care homes for adults with learning disabilities, autism and complex mental and physical health, has signed the Armed Forces Covenant.

In signing, the organisation promised to be an armed forces friendly organisation, to support the employment of veterans and service leavers, offer flexibility in leave for the partners of service personnel and support reservist employees. Home From Home Care has already recruited six former service personnel and it hopes to recruit more in future.

“We’re very proud to have made this pledge to support members of the armed forces community, helping former service personnel in civilian life while also helping those who are currently serving and their families.

“Caring may seem a million miles from the armed forces, but there are a lot of transferable skills between the two, and since we have more than 90 different job roles at Home From Home Care, from support worker to data analyst, there are countless opportunities throughout our diverse team. We’ve had great success employing people who have served in the armed forces previously and some team members have family members in the services.

“I hope that by making this pledge, we can help more service leavers begin rewarding and exciting careers in care and that we can do our part in helping people who’ve risked their lives for the security of this country.”

As well as signing the Armed Forces Covenant, Home From Home Care has also qualified for its first accolade under the Defence Employer Recognition Scheme (ERS), receiving the Bronze ERS Award. The ERS recognises commitment and support from UK employers for those who serve or have served in the Armed Forces, and their families. Home From Home Care will now be working toward securing the Silver award as it increases its support for the armed forces community.

Former Operations Officer in the Royal Logistics Corps, Captain Mark Nottingham is one of six former service personnel now working at Home From Home Care. Mark, who is now a Business Development Manager within the company, said:

“I joined Home From Home Care seven years ago after a 28 year career in the armed forces. I’ve found social care to be a really dynamic sector to move into, especially as Home From Home Care is such an innovative organisation to work for. I’ve been able to transfer my diverse skill set from working in the forces to my role as Business Development Manager – leading new advancements for our unique data driven model of care. It’s been a great career move for me, there is so much scope for progression and a huge amount of job satisfaction knowing I have a direct impact in transforming the lives of the individuals we support. I would definitely recommend other service personnel to start a career in care.”

The Armed Forces Covenant focuses on helping members of the armed forces community to have the same access to government and commercial services and products as any other citizen. It is a pledge to acknowledge and understand that those who serve or who have served in the armed forces, and their families, should be treated with fairness and respect in the communities, economy and society they serve with their lives.

Now in its tenth year, almost 150 organisations across Lincolnshire and 7,600 nationwide have signed the Armed Forces Covenant, helping to make civilian life more accomodating and removing obstacles and disadvantages service personnel may encounter.

To find out more about the Armed Forces Covenant and ways you or your organisation can support the armed forces community, please visit www.armedforcescovenant.gov.uk.