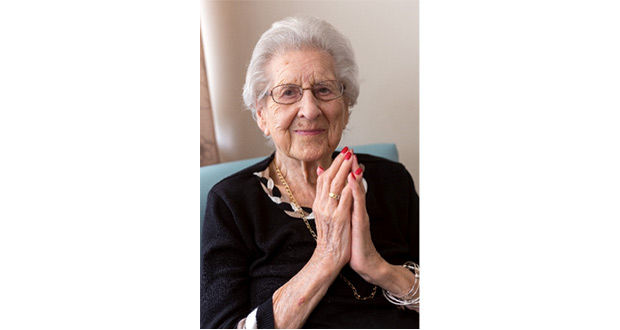 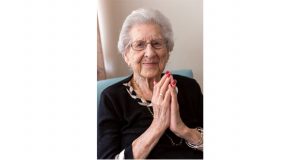 Dr Mark Ward, CEO at Borough Care, says: “Many of our residents have led interesting lives and had a very positive impact on their local community and wider society. The International Day of Older Persons is a great way to mark the contribution older people have made, and continue to make, to our society. Many older people have inte

resting stories to tell and invaluable advice to give, which we can all benefit from.”

Erika Sanders who lives at Borough Care’s Wellcroft in Gatley is one such resident. Erika, now 98 years young, is originally from the Czech Republic. She was one of the very last children to be taken out of Germany during the war for a new life in the UK. At one time, Erika could speak three different languages, Czech, German and English, but since she began suffering with dementia she now only converses in German. At the age of 22, Erika became the first female aircraft inspector for the Lancashire Bombers. Proving she was not someone to be messed with, during her career feisty Erika championed for equal pay and won.

David Mills, who lives at Cawood House in Brinnington, has also led a life that has had a positive impact on those around him. David was a fire officer for Stockport at the time of the Stockport Air Disaster in 1967. He had just finished his shift when police knocked at his door to advise him of the plane crash. With the instruction to do whatever he could, David rushed to the scene to help out. David is immensely proud of the job he did and believes he and his colleagues did the best they possibly could when faced with such a monumental incident. The

Stockport Air Disaster was one of the darkest days in the town’s history. On June 4 1967 a plane packed with holidaymakers crashed into wasteland near Stockport town centre. 72 of the 84 passengers and crew on board were killed. It is still the fourth worst disaster in British aviation history and continues to have a profound effect on the lives of countless people, including those like David who were part of the emergency services on that fateful day.

Dr Mark Ward continues: “When older people move to a care home, their rich lives shouldn’t come to a standstill. At Borough Care, we encourage residents to share their experiences and continue to lead an active social life if they wish. We purposefully designed our new logo and strapline – ‘Life in Colour’ – to demonstrate our desire to lead a step change in the approach to care for older people and belief that every resident is unique and should be treated as such.”