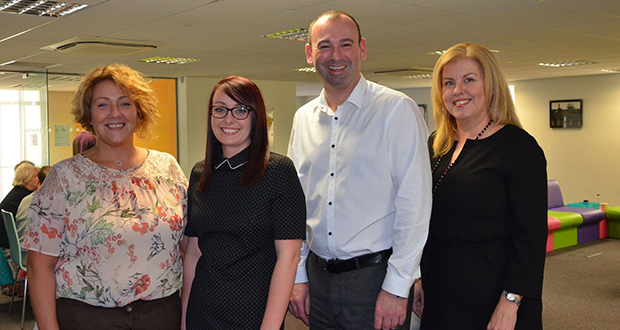 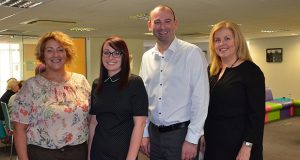 A local registered learning disability nurse has been recognised for his hard work, dedication and passion with an award – thanks in part to a surprise and heartfelt nomination made by a young lady he supports.

Gary Spooner, clinical lead at DE Healthcare – the largest independent provider of care, support and day opportunity services in Staffordshire – was nominated by service user Polly Hale. Polly has Asperger’s syndrome and a learning disability, and dictated her entry to another member of the DE team.

Gary went on to take the win in the ‘good nurse’ category at the regional final of the prestigious Great British Care Awards on Friday 17 November. He will now progress on to the National finals, which will take place in March 2018.

One of the Great British Care Awards judges said: “Gary is a passionate dedicated clinical lead who sees his role as a way of life leading, a confident professional team to enhance the lives of others.”

Gary has worked closely with Polly, 24, since she joined DE in April 2016. After her mother passed away, the clinical lead helped Polly to come to terms with her loss through regular sessions and support expressing her emotions, building her independence and overseeing her long-term development.

Since achieving her own personal aims, she now uses The Hub (the organisation’s bespoke community-based facility) to teach others sign language and has recently received an NVQ in food preparation and cooking. Her own remarkable progress was recognised in May, when she reached the final of the Learning Disability and Autism Awards herself after being nominated by DE Healthcare.

Gary, who has worked with people with learning disabilities for 15 years, said: “I had no clue about Polly’s nomination until it was official. I’m beyond thrilled to have won as I was up against some incredibly talented and dedicated nurses, but her taking the time and effort to make the entry is the biggest validation I could receive.”

Tracey Fletcher, managing director at DE Healthcare, said: “Gary is a star who puts his heart and soul into the development of every one of our clients. His work with Polly has shown real results, and I’m so proud of his win; DE is a small, family-run organisation and on Friday he held his own against large NHS Trusts and regional city councils.”