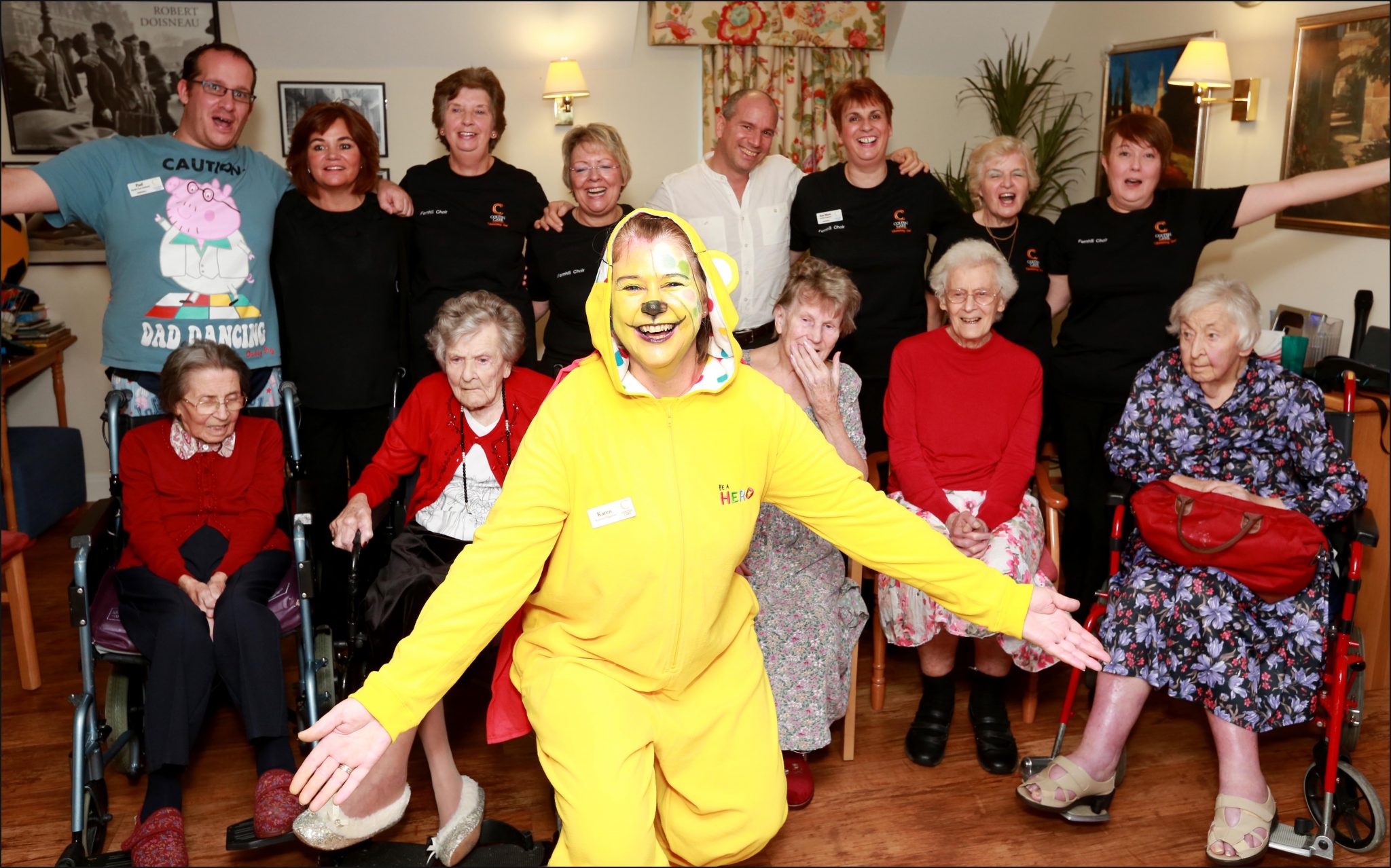 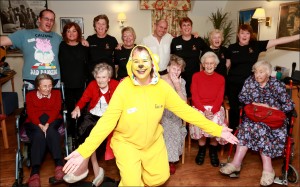 A tap-dancing Pudsey and a pantomime-style minibus trip were among the ideas as family-owned Colten Care doubled its Children in Need fundraising this year.

Activities managers totted up the final amount after collection boxes, raffle proceeds and pledges of support were counted at each home.

Activities Organiser Karen Grant-A’Court took to the floor dressed as the famous charity mascot. The home’s choir, involving residents and team members, sang classic tunes to accompany her as she danced.

Fundraising at Belmore Lodge in Lymington involved a fancy-dress pantomime party from the home going out and about in a specially decorated spotty minibus.

Complete with Pudsey, Aladdin and the Widow Twankey, the group sold homemade cupcakes on Lymington Quay and made a visit to children at Pennington Infant School.

Held several days after the annual telethon, an auction of donated items at Avon Reach in Mudeford helped raise £1,500, the largest amount from a single Colten Care home.

Colten Care has a deliberate policy of linking activities programmes with fundraising for charities chosen by residents. In 2014, the 19 homes raised nearly £25,000 for charity. Over the past five years, the figure is more than £110,000. The 2015 total, which includes £2,700 for Macmillan Cancer Support, will be revealed early in the New Year.

Karen Burdon, Colten Care Activities Manager, said: “Our residents and team members really value being part of the community and raising money for worthwhile causes. It’s entirely up to residents which charities we support. Once the choice is made, we all get behind it.  To have doubled our Children in Need support in a year is amazing. Well done to all involved.”

This year’s BBC Children in Need appeal raised a record £37 million nationally. The money goes towards helping disadvantaged children and young people across the UK.