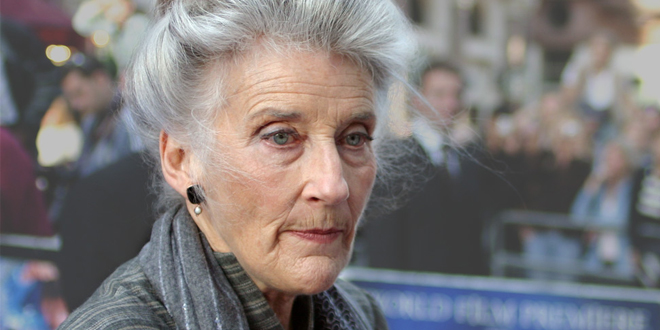 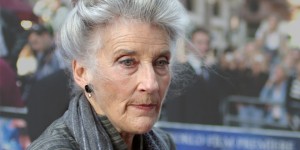 Actress Phyllida Law tells of challenges of caring for her mother: “You couldn’t leave the house”

Actress Phyllida Law – mother to actresses Emma and Sophie Thompson – has told of the impact of dementia on her mother and the challenges of caring for her, as Alzheimer’s Research UK launches a new report highlighting the heavy toll dementia takes on family carers. The report, Dementia in the Family: the impact on carers, comes as new polling reveals that nearly a third (31%) of non-retired people aged 55 and over are worried that their family members will have to care for them in later life, and shows the realities of daily life for carers who are looking after their loved ones. In-depth case studies in the report reveal how dementia changes family relationships, leaving people feeling socially isolated, and affects both the health and finances of family carers. The findings underline the importance of research to provide new treatments capable of reducing care needs for people with the condition.

In a new YouGov survey commissioned by Alzheimer’s Research UK, the UK’s leading dementia research charity, three in 10 non retired people aged 55 and over in the UK said they were concerned that in later life, their family would need to care for them. Dementia in the Family shines a spotlight on experiences shared by many of the 700,000 people in the UK who are caring for a loved one with dementia. Through in-depth interviews with four families who are living with the condition, the report shows that carers find their role both challenging and rewarding.

The carers spoke of the way dementia has affected relationships within their families, at times creating unwanted tensions as well as changing how carers interact with the person with dementia. Interviewees told how their caring role, which sees them prioritise their responsibilities to their loved ones over their social lives, has left them isolated from friends and other family members. Although many felt their role was rewarding and had strengthened the bonds between them and their loved one, all the carers experienced high levels of stress and had faced financial costs associated with the condition.

Phyllida Law has first-hand experience of the toll a caring role can take, having looked after her mother, Meg, for several years after dementia took hold. She said:

“The night time was particularly difficult: at dusk my mother would often think she was in the wrong house, or she would call for breakfast in the middle of the night, not knowing what time it was. When you’re worn out because you haven’t slept, you can be in danger of losing your temper, and that’s very hard. I wasn’t as isolated as some people, and I was lucky because I had help from the people in my mother’s village and from my two daughters [Emma Thompson and Sophie Thompson], who also helped me financially. But caring for Ma, you couldn’t leave the house without taking her with you, so you did feel very stuck a lot of the time.

“A treatment that could help people like my mother would be unimaginable. It’s extraordinary to think of the advances that have been made for diseases like cancer, and it would be wonderful to see that for dementia.”

“For many people the festive season is a time to think about family, but for countless families across the UK dementia is taking a heavy toll, leaving people socially isolated and struggling financially. The experiences highlighted in this report will be recognised by people up and down the country who are dealing with the challenges of caring for a loved one with dementia.

“A diagnosis of dementia ripples far beyond the person affected, it touches whole families, and we owe it to them to do all we can to tackle it. Across the UK over 700,000 people are caring for someone with dementia, but it’s estimated that if we could delay the onset of dementia by five years, by 2050 we could reduce the number of carers by a third. Research has the power to bring about new treatments and preventions that could transform lives, but to reach that goal we must invest in research now.”