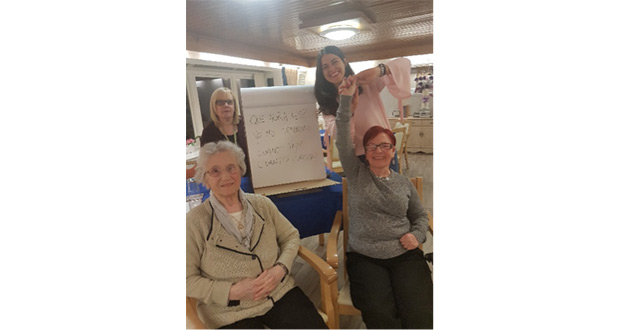 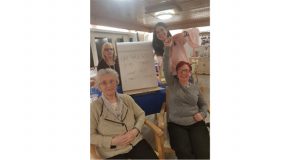 A LEADING housing and care provider has proved that it’s never too late to learn something new by running language lessons for its tenants in a bid to prevent the early onset of dementia.

Over 60s at Bield’s Coxton Gardens development in Glasgow, have been boosting their memory skills with weekly Spanish classes, put on by one of the care assistants.

Mariana Popa, Care Assistant at Coxton Gardens, said: “I was looking into some activities that we could organise for our tenants here in Glasgow as part of my personal development framework, and was keen to break away from the stereotypical notion that all older people want to play games such as bingo and dominoes.

“I studied psychology and I’m currently doing my Masters in Global Mental Health at Glasgow University, so I’m well-versed on what’s called the bilingual advantage – the proposal that speaking more than one language can delay the symptoms of dementia by a number of years.

“With this in mind, I thought that teaching the tenants a language would be a stimulating and fun new source of entertainment that could benefit their health.

Mariana, who speaks some Spanish herself, has been schooling the tenants in the development’s lounge.

Starting off at basic beginner’s level, lessons so far have consisted of listening to, and repeating, useful phrases to get an ear for the sound of the Spanish language, and learning key vocabulary.

In order to fully immerse the newfound pupils into their recently discovered hobby, the lessons also include tutoring in Spanish culture, too.

Mariana said: “The language classes have been a great success. I’ve seen the tenants revising with class materials outside of lessons and some have even been practicing with their family.

“One of my students has been practicing with her granddaughter who has also recently started learning Spanish.”

After each class, the tenants sing a song and listen to Spanish music. Mariana said: “Over Christmas it was Feliz Navidad!”

Since the Spanish lessons have started, you can now hear tenants at Coxton Gardens greeting one another with ‘hola’ as they pass in the hallway, and often hear ‘gracias’ instead of ‘thank you’ when doors are held open.

Mariana said: “I’m delighted that the language classes have received such a positive response. Tenants are really enjoying the fact that we’re moving away from the more generic activities and encouraging them to try, and take up, a new pastime.

“This new activity at Coxton Gardens is just one of the many ways in which Bield provides an environment that leaves its residents Free to Be.”