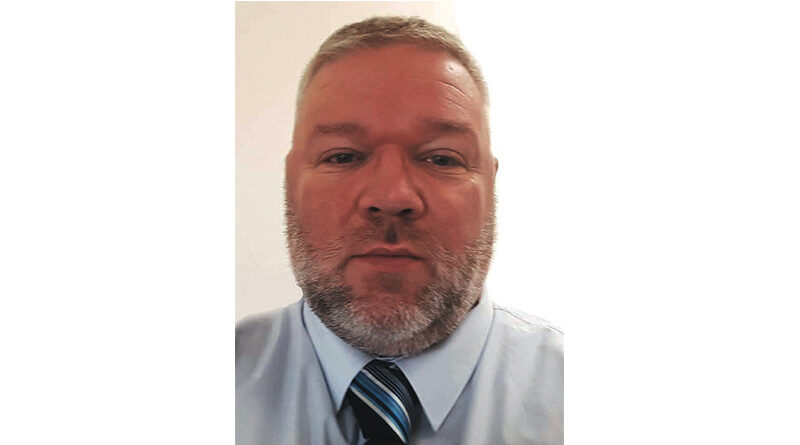 By Barry Price of QCS (www.qcs.co.uk)

It has taken almost 20 years for a government to make good on its promise to reform social care, but yesterday the Prime Minister announced the ‘Health and Social Care Levy’. The levy, which will come into effect next April, will largely be paid for by increasing National Insurance contributions by 1.25 percent.

It is hoped that the new levy will prevent people in the care system from having to sell their homes, as currently anybody with savings above £23,500 has to fund their own care. Under the new package of reforms, however, the government will finally look to put some of Sir Andrew Dilnot’s ideas into practice, which he put forward in July 2011.

Just over a decade ago, Sir Andrew proposed that all care costs should be capped at £35,000 with the state picking up the bill for everything over that amount – apart from board and lodging costs. Yesterday, Mr Johnson announced a cap of £86,000 on the individual care costs over a lifetime, which will come into force from October 2023 in England only.

Since the Prime Minister made the announcement, the rolling news channels have been dominated by politicians and the public, some of whom have questioned whether the reforms are credible and fair. The Health and Social Care Levy will cost the average tax payer – including poorly paid working pensioners – an extra £5 a week. However, rich pensioners who have retired – and are more likely to access the care system – will pay nothing. While I don’t wish to be drawn into a debate on funding, it is important to state that currently, according to the King’s Fund, “just under half” of social care costs are spent on “working-age adults”. *

But, the question of who picks up the bill is not the focus of this piece. Instead, I want to use this article to ask if the pledges outlined in the Health and Social Levy are enough to rescue and breathe new life into the social care sector, which, from a funding perspective, has effectively been on life support for the last decade. Will the social care sector, which has been nicknamed the Cinderella Service, finally be given the funding that it deserves, or will the lion’s share of the money be swallowed up by the NHS?

The answer is that the devil is in the detail. According to a statement made by the Nuffield Trust, only £5.4 billion of the £36 billion, which will be allocated over the next three years, will actually go to the social care sector. That is likely to leave a considerable funding gap. To really effect change, social care needs assurances from government that the funding will be ring-fenced to social care and also that it is able to put the people receiving the care – and those dispensing it – at the very heart of the decision making process.

Most crucially, a portion of funding needs to be allocated now. I don’t wish to be pessimistic, but I fear that if funding is even temporarily held back from social care in order for hospital waiting lists to be cleared, it could have a catastrophic effect on the sector. Why? Well, despite demonstrating outstanding care and remarkable resilience throughout the pandemic, it has faced a perfect storm of cuts for many years now. It has survived and even thrived thanks to the superhuman efforts of the millions of UK care workers. The tail- winds of COVID, however, leave the sector in a very vulnerable position. It badly needs funding – and now.

The sector needs it to retain and recruit staff, some of whom are leaving the sector for better paid jobs. Only last week, The Guardian ran a story reporting that a care home manager had said that “Amazon’s new warehouse in Nottinghamshire was luring staff with 30% more pay”.** With demand for delivery drivers soar- ing, it is likely that Nottinghamshire is not the only county where care home staff are being lost to other sectors. You only have to look at online job boards to see that some professional carers earn £9.10 an hour, while the hourly rate for a supermarket that I won’t name stands at £9.70.

While I don’t wish to be unfair to grocery staff – who put food on supermarket shelves – surely a highly trained care worker – responsible for life-saving tasks – deserves to be paid more? As Sarah Owen, a former care worker turned MP remarked, why should care workers, who are often paid just over the minimum wage, be subjected to an extra tax levy? For many hard-working carers the tax hike will be seen as a wage decrease. To some families even raising tax by £5 may prove significant. It may also leave some to rely on food banks. So, why not introduce means testing to ensure that only those who can afford to pay the levy actually pay it?

However, the clearest and most present of dangers is not competition from other sectors. Instead, it is the government’s decision to make the COVID-19 vaccine mandatory in care homes from November 11. Don’t get me wrong, I believe in vaccines, but the government’s policy could lead to an exodus of care workers as early as September 16, which according to the DHSC is the last date for care workers, who have not been vaccinated, to get their first jab before regulations are enforced in November. While I believe that everyone should be fully immunised, the government may need to re-think its policy and allocate more funding to the care sector to avoid this cliff-edge. Or, another solution might be to level the playing field and make vaccines mandatory across the entire health and care sector. Taking this affirmative action would act as a deterrent for staff leav- ing one care role and moving to another where vaccines are not compulsory.
INSURANCE

The third factor, which is driving this perfect storm is insurance. During the pandemic, insurance for care homes has significantly increased. Last year, one care home manager reported that his insurance premium had risen by 880 percent.*** During the last 18 months or so, exorbitant insurance costs have put some care homes out of business. The government needs to urgently tackle this issue – either by indemnifying care homes against COVID deaths – or by making more funding available to cover insurance costs.

Finally, the care sector urgently needs more funding to cover the cost of PPE. The care sector has not had to pay VAT on PPE during the crisis, but this may change. PPE will be needed for many years to come. The government should make the PPE Portal a permanent feature that can be accessed by services as and when it is needed. This would be one way of putting an end to profiteering once VAT increases are applied to PPE. Certainly, if providers are forced to make cuts to services due to funding gaps, PPE should be one area where managers do not have to make compromises.

To conclude, while I am cautiously optimistic about the Health and Social Care Levy, it will only work if the social care sector is allocated a fair share of the funding pot and is given the autonomy to spend it in a way that transforms care.

There are more questions than answers at the moment. The government’s announcement yesterday does not address many of the nuanced and complex challenges that are likely to crop up in the future.

In light of the funding cap, will private providers remain financially viable or will the cap see high-end providers shrink in number? The government also needs to consider those who find themselves below the threshold. Will it be prepared to pay the fees at the higher rate, or will it become even more common than it is now for vulnerable service users to be forced to access more cost-effective services? And what does the future hold for domiciliary care providers. They form the backbone of the sector, but were not mentioned by the government yesterday? Will they be guaranteed the resources to thrive?

Only time will tell if that ends up being the case, but whatever happens, Quality Compliance Systems, the leading provider of content, guidance and standards, and the company that I consult for, will ensure that policies and procedures support providers and service
users through any period of major change.

To find out more about the QCS or to purchase a subscription, please contact QCS’s team of advisors on 0333-405-3333 or email: sales@qcs.co.uk.

** Care workers in England leaving for Amazon and other better-paid jobs
The Guardian
By Robert Booth
04.09.21 https://www.theguardian.com/society/2021/sep/04/care-workers-in-england-leaving-for-amazon-and-other-better-paid-jobs