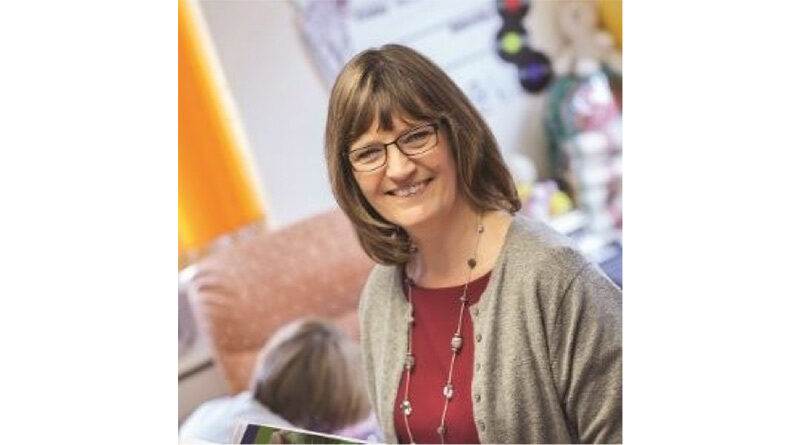 I want to begin this column by focusing on an intriguing study, the results of which could have positively game-changing consequences for dementia. In a nut- shell, the report, published by the University of West London and the University of Manchester, says that using video conferencing plat- forms, such as Zoom, on a regular basis could help elderly people to avoid dementia.

What was particularly striking about the findings, which took 15 years to compile, was that people who used a myriad of communication tools to enable their social contact experienced less deterioration in memory that than those

who only relied on traditional methods, such as using the phone or meeting in person.

Dr Snorri Bjorn Rafnsson, an Icelander, who headed the research, went as far to say that using Zoom throughout the crisis, has provided benefits to older people. The Guardian newspaper quotes him as saying, “It is fair to say that Zooming that went on during lockdown might well have provided people with a protective cushion against dementia.”

But why have video conferencing platforms been singled out, and why are they proving to be so instrumental in helping to reduce the risk of developing dementia?

Reading between the lines, while video conferencing systems like Zoom have great merit, they are also fashionable tech platforms which grab headlines. I think the central point to keep in mind as Dr Rafnsson stresses in his Guardian interview, is that it is “the act of learning to use and engage with online social technology”, that is most important. His research also revealed that “the more diverse” the technology, and “the more platforms” that older people “can master, the better”.

While Dr Rafnsson and his team’s findings are truly ground breaking and the first of their kind, there have been many studies centred on episodic memory, which is what this research taps into, that may prove to be equally significant. For this reason, it strongly resonates with me too. As the creator of the Quality Compliance Systems PAL instrument, which assesses the cognitive functional level of ability of an individual, I have been advocating for a long time the need to give people living with dementia the opportunity to experience the world through all of their senses and through as many cognitive processes as possible.

EXPERIENCING THE WORLD THROUGH THE SENSES

But why is this important? It could be, for example, that a person’s dementia has damaged the part of the brain responsible for visual perception, but, on the other hand, the lexical memory, which ensures that a person is able to link a word to an object, or the temporal lobe, which helps a person equate sounds to objects, are still working. This is very important for a care professional to establish. By using cognitive rehabilitation techniques, they can help a service user to carry out everyday tasks. This is achieved by focusing the process of an activity through the brain function that is still working and which is currently unaffected by the condition causing the dementia.

Let me give you an example. A lady I cared for who was living with advanced dementia had troubles visiting the lavatory. She knew that she needed to go to the bathroom, and also how to get there, but was unable to visually recognise the toilet. However, by observing the way that she engaged with her environment, it was clear that she was responding to auditory cues. It is likely that the neural pathways in her brain responsible for processing and making sense of sound were still intact. Therefore, I asked her daughter to go into the bathroom and flush the toilet. When she did so, her mother was immediately able to link the sound of flushing with the toilet itself, meaning she was able to recognise the toilet through sound and therefore was able to regain some of her independence.

The question is, to what extent will we be able to push the bound- aries of cognitive rehabilitation in the future? Researchers at the University of Exeter have been working on a potentially transformative therapeutic approach for some years now. It’s called GREAT Cognitive Rehabilitation and a key principle within this method is Effortful Processing. It is area of research which I have also been heavily involved in, and it chimes with many of the discoveries that Dr Rafnsson and his team have unearthed.

As the name suggests, Effortful Processing is the act of practicing, drilling and rehearsing in order to remember things. To help support information to be channelled through more than one area of the brain, this practice uses a combination of processes including physical action, verbal iteration and, the action of writing.

Let me give you an example as to how it can make a big difference to all our lives. Imagine you go shopping and park your car in a multi- storey car park. If you’re anything like me, you’re probably thinking

about what you’re going to buy and whether you have a face mask and sanitiser. However, at the same time you’ve probably forgotten to take a note of where you parked the car. It’s only when you finish shopping that you realise it, and finding your car, which may be one of thousands, can often take a while.

Nowadays, whenever I shop in a mall, I use Effortful Processing. I simply repeat the car park level, the zone and the number allocated to the space, and when I return I can always find the car quickly and efficiently. But let me explain the science behind it. From a cognitive perspective, by consciously repeating the car park space information in my head, I am using several different areas of the brain to remember the information. Not only has the information been absorbed into my visual memo- ry, it has also been retained by my spoken memory and my lexical memory. By using several of the brain’s memory banks, which are connected by a complex web of neural pathways, I give myself the best chance of retaining the information.

For people living with dementia, the pioneering research techniques that are currently being explored in the field of cognitive rehabilitation, including Effortful Processing are very exciting. In the same way that Zooming may halt memory regression in older people, if Effortful Processing is also deployed, it has the potential to add another layer of experience and may also boost episodic memory too, which is defined as the ability to remember past events.

How? Well, by paying attention to these events, which often have a strong emotional or sensory impact, past memories can often be recalled. So, let’s take a Zoom Call, for example. The call not only gives a person living with dementia an invaluable opportunity to remain in social contact with their loves ones, it also gives them a chance to write a diary entry about their Zoom Call. What did they enjoy most about the interaction? Who was wearing what? And was there any news from their loved ones that left a strong emotional impact? Noting down all of these points in a diary, discussing it with friends, relatives and the care home activity team, gives that person a much greater chance of remembering that Zoom session, and possibly even bringing lost memories to the surface once again.

In marking Dementia Action Week, learning more about pro-active techniques like this, which can make a profound difference to people’s lives, seems very fitting.

Quality Compliance Systems (QCS) is a leading provider of content, guidance and standards for the social care sector. If you wish to find out more about QCS , why not contact QCS’s compliance advisors on 0333- 405-3333 or email sales@qcs.co.uk?