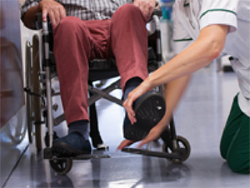 An independent report has today  called for a revolution in the way the NHS handles complaints, following an extensive review of the system led by Ann Clwyd MP and Professor Tricia Hart.

The NHS Confederation and NHS Employers organisation have welcomed publication of Putting patients back in the picture, and said the commitment and leadership of NHS boards will be instrumental to delivering the much -needed revolution in handling patient complaints.

But board members will not be ‘flying solo’, the organisations said. The whole system needs to respond and help deliver the changes called for by the report’s authors.

The report includes pledges by representatives of 12 ‘major players’, leading bodies that will influence the NHS to take action in response to the review’s findings. The NHS Confederation and NHS Employers each have a pledge included in the final report.

The NHS Confederation has pledged to bring NHS leaders and board members together over the coming six months to identify and share good practice about complaints handling in hospitals.

The NHS Employers organisation will work in partnership with NHS employers, staff and staff-side representatives to promote the outcomes from the National Complaints Review.

Through its extensive networks and existing forums, NHS Employers will engage all levels of people working in the NHS, and work in partnership with them.

NHS Confederation chair Michael O’Higgins, who was a member of the review’s external partnership panel, said: “A transparent, easy-to-use feedback and complaints system that is effective at identifying opportunities for improvements, both large and small scale, is a sign of a healthy organisation.

“With a million patient interactions every 36 hours, the NHS has an army of public advisers and coaches at its fingertips, who can help to improve its services. We would be foolish to ignore this wealth of feedback. Hearing about people’s experiences of the NHS – good and bad – is a vital way to ensure that we improve standards, prevent failings in care and reduce the need for complaints being necessary in the first place.

“We also know that there are already fantastic examples of how some individuals and organisations in the NHS not only welcome feedback but actively seek it.”

Mr O’Higgins continued: “We want to make use of our unique ability to bring together our members from all parts of the NHS; providers and commissioners, large and small, and from all sectors – to support implementation of the review’s findings.

“Through our regional meetings and other events over the coming months, we will support NHS leaders to identify, share and embed best practice for handling complaints, so that all patients, staff and organisations can learn from the best and build on each other’s successes.”

He added: “There won’t be one approach that fits all, but by sharing what works and what can be improved, every part of the NHS organisation will be able to develop the best solution for 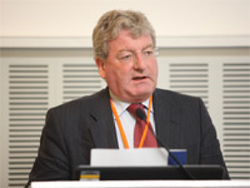 Chief executive of the NHS Employers organisation, Dean Royles, said: “Ann Clwyd and Professor Hart are absolutely right in identifying that NHS boards must hold responsibility for overall handling of complaints, and chief executives and chairs of NHS organisations wouldn’t want it any other way.

“But every member of NHS staff is a leader in patients’ eyes – a leader of care. That is why NHS Employers is proud to commit to a 12-month programme of engaging and working in partnership with NHS organisations and staff to take forward the findings and recommendations in today’s report.”

The member discussions the NHS Confederation has pledged to hold by spring 2014 will complement its existing work on dignity and compassion.

The partnership on dignity in care, which brings together Age UK, the NHS Confederation and the Local Government Association, is currently working on a two-year project promoting the importance of staff listening and responding to patient feedback.

Funded by the Burdett Trust for Nursing, the project aims to identify how nurses and care staff can most effectively learn from and act on older patients’ feedback, and help spread models of good practice across the NHS.