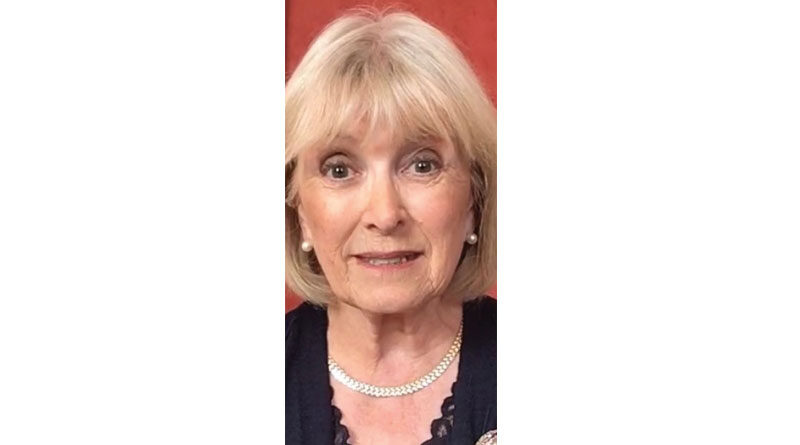 By Judith Potts is the Founder of Esme’s Umbrella, which is the campaign to raise awareness of Charles Bonnet Syndrome (www.charlesbonnetsyndrome.uk)

Esme’s Umbrella (www.charlesbonnetsyndrome.uk) launches ‘Out of Sight but not Out of Mind’ to raise awareness to caregivers of Charles Bonnet Syndrome – the extremely common, but little recognised condition which affects 1 million people in the UK.

Esme was in her early nineties. She lived a totally independent life, looking after herself and completing the Telegraph cryptic crossword every day. Glaucoma was removing her sight but she was extremely good at compensating for her diminishing vision – that was, until the vivid, silent, visual hallucinations began.

She talked of faceless people sitting on her sofa, a wandering Edwardian street-child, a gargoyle-like creature which jumped from table to chair and sometimes the whole room morphed into an alien place. I had no idea what could be wrong with her.

After much internet research, it transpired that Esme had developed Charles Bonnet Syndrome – or CBS for short – which was linked to her loss of sight and was not a mental health condition. This was fifteen years ago and CBS was not discussed, nor was there any support available.

Having watched Esme living with this distressing condition, I founded Esme’s Umbrella in 2015 at the House of Commons in memory of her – www.charlesbonnetsyndrome.uk The condition is now very much centre stage, is discussed in eye clinics and support from the network of Esme’s Friends groups is available.

However, there are still too many healthcare professionals of all specialties who are unaware of CBS. I am particularly anxious about residents of care homes, who have sight loss. All too often, CBS is not known among the staff and should a resident with sight loss mention visual hallucinations, the door to the mental health pathway opens. This not only wastes precious NHS resources but causes even more distress to the person.

If it is not a mental health condition, then what is it?
CBS develops when someone of any age – children too – has lost over 60% of sight. This loss can be caused by one of the many eye conditions, cancer of the eye, an accident to the eye, diabetes, multiple sclerosis, or another condition which damages the optic nerve.

As sight diminishes, the brain is left with nothing to interpret. Consequently, it fires up and creates its own images. These range from disturbing to terrifying. Even if the images are not unpleasant, the frequency and unpredictable nature of CBS episodes impacts negatively on quality of life.

Sight loss is more prevalent among the older population, which means that this is the group of people in which CBS is most commonly found.

If the person decides to confide in family or caregivers, they can also assume the visual hallucinations are due to a mental health condition. Unhelpful suggestions can make the situation much worse. It is essential that the person who develops CBS should be believed and reassured. The visual hallucinations are extremely vivid and, as age takes its toll, it becomes more difficult, cognitively, to understand that the image is not real. Repeated reassurance is needed, particularly if the images are distressing.

CBS Research during lockdown has proved that isolation, stress and fever exacerbate the number of episodes of CBS and make the images much more frightening.

‘Out of Sight but not Out of Mind’
The majority of GPs and hospital doctors are unaware of CBS and, for Care Home residents, it is essential that the staff of each Home understands CBS and can explain the condition to residents and relatives alike.

‘Out of Sight but not Out of Mind ’is the new campaign from Esme’s Umbrella, which focuses on Care and Nursing homes, to ensure that no resident has been mis-diagnosed and everyone working or living in the Home knows about CBS and understands how the condition impacts on each person who develops it. Everyone’s experience of CBS is different but support is essential.

Esme’s Umbrella – which is already training ophthalmic nurses to become Specialist CBS nurses – will be offering a one-hour training session on-line for all staff of Care and Nursing Homes, after which badges and certificates are awarded. Each Home is then encouraged to display a ‘Charles Bonnet Syndrome’ notice to show that the Home is CBS-friendly and any questions about the condition can be answered by members of staff.

The course covers an explanation of CBS, how to broach the subject with residents, how to reassure and comfort, what images are seen, case studies, coping strategies, medical information about medication which can be tried and medication (taken for other conditions) which should be avoided because it makes CBS worse and current CBS research – with a Q and A at the end.

New understanding of CBS
Since 1760 – when Charles Bonnet documented his grandfather’s experience of CBS – doctors have assumed the condition was incredibly rare, only happened to the elderly and (probably because the patients only mentioned it once) disappeared after 18 months. We know now that none of those facts is true.

Until recently, the World Health Organisation believed the same, but – with the help of two ophthalmologists – I persuaded the WHO to give CBS a coding in ICD 11. The code is 9D56. This means CBS is now considered a condition it its own right and not just a side effect of sight loss.

For more information about ‘Out of Sight but not out of Mind’, please contact me on judith@charlesbonnetsyndrome.uk
CBS stayed with Esme for the rest of her life but now no one should be left to cope alone with what Charles Bonnet himself described as ‘The Theatre of the Mind’.