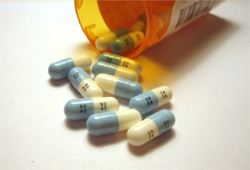 Alzheimer’s Society and Alzheimer’s Drug Discovery Foundation (ADDF) are offering up to $1.5 million to new research projects which could speed up developing treatments for Alzheimer’s and dementia.

The international collaboration could help make the hope of finding effective dementia treatments within the next 10 years a reality.

Focusing on drug repurposing and repositioning, the new call for proposals aims to take drugs that already exist for other conditions and develop them as dementia treatments. Currently it can take up to 20 years and around a billion dollars to develop a new drug from scratch, but by using existing drugs, the partners hope to deliver treatments far sooner and at a fraction of the cost.

Together, the organisations are offering up to $1.5 million for each project that either tests promising drugs in people in clinical trials or in preclinical animal models, advancing them towards testing in humans. The call is open for research looking at all forms of dementia including Alzheimer’s disease.

This international call for research proposals comes just weeks after the G8 Dementia Summit in London called for more global collaboration in dementia research in order to develop effective treatments by 2025.

Dementia already affects an estimated 44.4 million people with dementia worldwide, with this number expected to increase to 135.5 million in 2050. With current treatments only temporarily helping with the symptoms, and not preventing dementia from progressing, new treatments are urgently needed.

‘As part of our flagship Drug Discovery programme, this funding call marks further substantial commitment from Alzheimer’s Society to drive forward the search for new dementia treatments. By testing existing drugs in dementia we hope to make effective treatments available within the next decade.

‘In alignment with the G8 call for a global push in dementia research,we are not only working internationally but also investing in research that has the best potential for delivering new dementia drugs before 2025.

‘We are confident that scientists in dementia and related fields will take on this challenge to help us bring effect treatments to the 44 million people with dementia worldwide that so desperately need them.’

‘The ADDF is pleased to partner with the Alzheimer’s Society to use US dollars to advance drug discovery research on repurposing for Alzheimer’s and related dementias in the UK.’