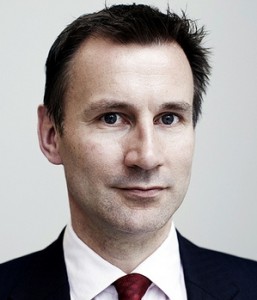 Improving the care given to the UK’s most vulnerable older people will be given top priority by the Government next year, Health Secretary Jeremy Hunt has pledged.

Mr Hunt, speaking during a reception at the Conservative party’s annual conference in Manchester, said there is a need to ‘transform the way we give support to the most vulnerable older people’, adding that primary care is heading for a ‘very big change’ when GPs become responsible around the clock for care in April.

He said those who are frail or have long-term conditions should be prioritised, the Health Service Journal reports.

The Health Secretary told the reception there are three main ways that the care given to frail older people can be improved.

He said a named clinician accountable for each patient’s care should be designated, adding that there needs to be a greater use of joined-up technology and more integration between health and social care.

He asked: ‘Why can’t care homes access [their occupants’] health record and update it every single day?’

Speaking to delegates on the first day of the conference, he stressed that care outside of hospital needs a ‘root and branch’ transformation to make the NHS sustainable.

Mr Hunt said: ‘That will involve, in particular, a move towards a much more pro-active primary care, having a system where we are confident there is an accountable clinician there for all our most vulnerable older people, keeping tabs on them, making sure that they’re okay, even if they don’t volunteer and come forward. That is going to be a very big change.’

The health secretary revealed in a speech earlier this month that after taking greater control of the care of frail older patients from April 2014, GPs would be asked to offer more targeted care for those with long-term conditions from 2015.

‘The frail elderly, I want those changes to start happening from next April,’ said Mr Hunt. ‘Then I think the next year, we have to move on from the frail elderly to the next group of people that we should be thinking about and that is everyone who has a long-term condition.

‘People who get a diagnosis, from the minute they get a diagnosis, get the support they need to keep them healthy and help them live at home for as long as is possible. And that I think is the next big change. I think if we start doing that, we can start to see that real transformation of out of hospital care that can and should – and I think will – make the NHS the envy of the world.’

He added: ‘It is a very ambitious plan. There is lots to do. We must never forget the huge pressure the health service is already under.

‘I have worked in the private sector, the charitable sector, Japan – I have never in my life seen people work as hard as they work in the health and care system. I think we owe it to them to not duck these really important changes and really do make it the best country in the world to grow old in.’