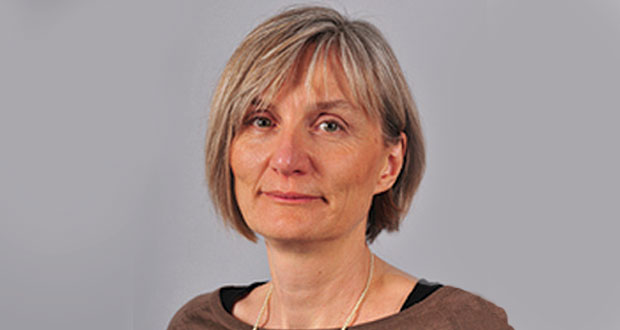 Older people are particularly at risk of water-loss dehydration – which is caused by not drinking enough fluid. It can lead to poor health outcomes such as disability and even death.

The best test for diagnosing dehydration, known as a serum osmolality test, is expensive and not currently viable for wide-scale NHS screening.

But new research reveals how routine blood tests for sodium, potassium, urea and glucose could be used to screen for dehydration.

By putting the results of these tests through an ‘osmolarity equation’, health professionals can tell whether an older person is drinking enough fluid.

Lead researcher Dr Lee Hooper from UEA’s Norwich Medical School said: “Around 20 per cent of older people living in residential care are dehydrated, and that figure rises to around 40 per cent among those admitted to hospital.
“Older people often drink less than younger people for a variety of reasons. Loss of routine and fewer social contacts can reduce drinking. In some cases older people choose to drink less as getting to the toilet can be more difficult and take longer. It can be physically difficult to make, carry and drink a cup of tea when you get older – especially if you need a zimmer frame to walk about. And older people tend not to feel thirsty when they drink too little so their bodies don’t warn them to start drinking.

“On top of all that – as our kidneys get older we are less able to concentrate our urine to preserve fluid, so the body’s ability to regulate its fluid balance slowly reduces.

“Dehydration often goes unnoticed by carers, but it can lead to increased risk of hospital admission, urinary tract infections, disability and even death.

“A serum osmolality test measures the freezing point of blood serum to show how concentrated a sample of blood is. People’s blood becomes more concentrated as they become dehydrated.

“But it is an expensive and time consuming procedure – and clinical laboratories would not be able to handle routine screening. Simpler tests such as urine measurements, which appear to work well in children and young adults, do not work in older adults.

“When our blood becomes more concentrated, as we become dehydrated, concentrations of serum sodium, potassium, urea and glucose rise. Many blood tests routinely measured in older people already check for all of these, and assess them independently.

“We wanted to test whether results from routine tests for sodium, potassium, urea and glucose could be used together to accurately screen for dehydration by using a simple mathematical equation.

“There are a number of different equations already being used, but they vary considerably from each other, and it wasn’t known which were most useful for elderly people. We wanted to find a universal equation which would be accurate for a broad range of elderly people including people with conditions such as diabetes.”

The research team studied 595 people over age 65 – including those who were healthy and lived independently, frail people living in residential care, and those in hospital. The group also spanned several European countries and took into account those with poor renal function and diabetes.

They assessed the diagnostic accuracy of 39 different equations, and compared the results to directly measured serum osmolality.

They found that an osmolarity equation described by Khajuria and Krahn had greatest universal accuracy – across healthy and frail older people, those in and out of hospital, with and without diabetes, with and without poor renal function, at all levels of dehydration and in men and women.

Dr Hooper said: “We propose that clinical laboratories use this equation to report on hydration status of older people when reporting blood test results that include sodium, potassium, urea and glucose. We hope our findings will lead to pragmatic screening in older people to allow early identification of dehydration. This would help doctors, nurses and carers support older people to increase their fluid intake.”