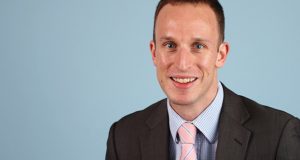 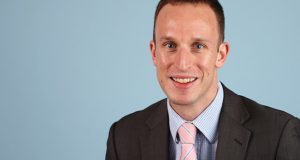 The government will waive financial penalties faced by social care employers who have underpaid their workers for sleep-in shifts, where those shifts took place before 26 July 2017. It will also suspend all HMRC enforcement activity concerning payment of sleep-in shifts until 2 October 2017. In the meantime, the government will work with representatives of the sector to come up with a longer-term solution.

The legal side of the issue

This has had the potential to catch out social care employers ever since the minimum wage was introduced in 1999. Only in recent years has it crept into the consciousness of more and more employers and workers.

The minimum wage regulations are not at all clear about whether a carer working a sleep-in shift is deemed to be working, and so entitled to be paid the minimum wage, throughout the shift or only when awake and attending to service users.

A 2014 employment appeal tribunal (EAT) ruling held that a care worker supporting three disabled adults in their home at night was entitled to the minimum wage while asleep because she could not, for instance, pop out for a late night movie or fish and chips.

This led to the government changing its guidance in 2015 to state that “a worker who is found to be working, even though they are asleep, is entitled to the [minimum wage] for the entire time they are at work.”

Citing the revised guidance, HMRC has been investigating whether social care providers have been correctly paying the minimum wage. HMRC can issue civil penalties to employers who are found to have underpaid staff. Such penalties normally include the arrears of pay owed to the employee as well as penalties payable to HMRC.

A further EAT case in April 2017, involving Mencap, seems to have encouraged HMRC’s approach. Mencap lost its appeal against a ruling that it was wrong to pay a support worker £29.05 for a nine hour sleep-in shift, which equated to just under £3.23 an hour. The minimum wage is £7.50 an hour for workers aged 25 or over.

This led to the warning from Mencap about the impact of this on the financial challenges already facing many social care providers. The government appears to have taken this on board in issuing the waiver.

However, care providers should be aware that the reprieve only applies to HMRC enforcement actions. Employees and former employees can still take employers to a tribunal to claim for the underpayment of wages where they have not been paid the minimum wage throughout sleep-in shifts.

For those employers who are paying sleep-in shifts at a flat rate that falls short of the minimum wage, as Mencap were, the temporary reprieve will be welcome, but this may have made it more likely that workers will become aware of the issue and seek higher wages and reimbursement.

It is not at all clear what the longer term solution might be.

There does not seem to be any suggestion that the minimum wage rules will be changed to make the common practice of paying a flat rate for sleep-in shifts lawful. Any such change would be seen as an attack on the rights of low paid, hard-working carers and are likely to come up against stiff opposition.

The waiver of potentially large fines and the breathing space given to social care providers to take advice and reconsider how they pay their sleep-in shifts is to be welcomed in the short term. However, a long term solution that is affordable and fair to providers, workers, local authorities and service users seems to be some way off.

Ben Stepney is a Senior Associate in the Employment Team at the law firm Thomson Snell & Passmore LLP (ben.stepney@ts-p.co.uk).